“Orange Voices” from Africa. The 16 Days of Activism Against Gender-Based Violence Campaign 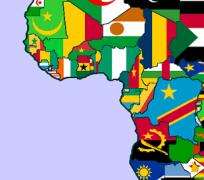 Each year, the world comes together in a campaign to speak out on one topic: ending violence against women and girls.Sixteen Days of Activism Against Gender-Based Violence beginson25 November, which isthe International Day for the Elimination of Violence Against Women, and runs through Human Rights Day on 10 December.

Organized by UN Women under the theme “Orange the World: #HearMeToo,” this year’s campaign highlights the voices of women and girls who have survived violence and those who are defending women’s rights every day.The colour orange has been designated to the cause to symbolize a brighter future without violence.

“Women and girls in many parts of the world have their voices muzzled. This is why our theme for this year is #HearMeToo, because it is about the women and girls we are yet to hear from and respond to,” said UN Women’sexecutive director,Phumzile Mlambo-Ngcuka.

Research indicates that the cost of violence against women could amount annually to around 2% of global gross domestic product (GDP), equivalent to US$1.5 trillion.

Patricia Essel: “The time to act is now”

“The most prevalent form of gender-based violence in Ghana is economic violence.When women are deprived of work opportunities or barred by their husbands from working, it makes them economically dependent, as when men control their wives’ access to resources or unilaterally decide how to spend their wives’ earnings.Ghanaian women want to be heard when they say,‘The time to act is now. Let us not wait for tomorrow because it may be toolate.’”

In the small West African countryof Togo, economic violence is a common form of abuse, says Michele Aguey, secretary-general of GF2D, a women’s advocacy group based in Lomé. In addition, she referred to the latest available official government statistics to explain the plight of women and girls, including that 9 out of 10 women have suffered a form of psychological abuse, 4 out of 10 have suffered physical abuse and 3 out of 10 have suffered sexual violence. “It is about time victims were heard,” she says, adding, “Victims should break their silence, file charges and get justice. Otherwise acts of violence will continue to flourish.”

Florence Machio: “We need justice for violated women and girls”

Campaign officer, Equality Now
“Although we have laws such as the anti-FGM act, the Children’s Act that prohibits child marriages and the Sexual Offences Act, there are no structures in place to support the administration of justice to women and girls. For example, when a child is violated by a teacher, what mechanisms are there to ensure she gets a safe space to speak out? When a woman is violated at home and chased away at midnight, what structures exist to ensure her safety and protection? If women are sexually harassed at the workplace, what structures exist to help them get recourse without losing their jobs?”

Marguerite Ramadan: “All we want is peace and an end to impunity”

“Should peace return to the country, maybe the worst forms of gender-based violence would abate.In 2017, the UN alone reported 308 cases of sexual violence, including 253 rapes, of which 181 were gang rapes, five attempted rapes, 28 forced marriages, 2 cases of sexual slavery and 20 cases of other sexual assault. Peace should return so that the victims can get justice.”