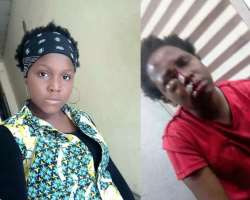 The incident which took place Wednesday, left the student, one Blessing Festus, with severe injuries from the unknown arms-wielding bandits.

The holigans trailed their victim from a POS spot where she went to withdraw N15, 000, escorted her and used dangerous weapons on her around 8:00pm on that fateful day.

The culprits attacked Blessing on her way to one of the schools fellowships house along the pipeline road near the female hostel at Ugbomro for her night reading.

In an effort to dispossess the victim of her belongings, the thieves stabbed her severally at different parts of her body before fleeing the scene.

It was gathered that Blessing’s attackers after stabbing her, collected the N15,000 naira she withdrew and her expensive handset.

The victim was rushed to the school health centre by students who were going for night reading ahead of their forthcoming examinations.

“She was beaten up after making cash withdrawal from a POS shop in Ugbromo. She was stabbed on her back, hands and somewhere near her eyes.

It is on record that FUPRE students residing outside the school campus are at the mercy of hoodlums who often attacked them and rob them of their valuables.

Blessing was also taken to the Central Hospital Warri for medical examination.

She was learnt to have been returned to FUPRE Health Centre where she is now currently receiving treatment.