How an ex-student of UNILAG raped undergraduate, stole her underwear – Police 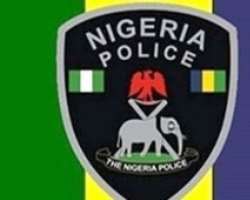 Nkem Ejelonu, a Police inspector and prosecution witness, on Tuesday, March 19 told the Domestic Violence and Sexual Offences Court in Ikeja, Lagos how John Otema, a former student of the University of Lagos, UNILAG, allegedly raped a female undergraduate of the institution and stole her underwear.

The News Agency of Nigeria, NAN, reports said that Ejelonu, the Investigating Police Officer, IPO, in the case, gave the testimony while giving evidence during the trial of Otema who is charged with three counts of rape and assault occasioning harm. He is also accused of raping two students of the institution.

Ejelonu, who is attached to the Adeniji Adele Police Station and has 20 years experience in the Nigerian Police Force, said that following the allegation of underwear theft by student X (name withheld), she executed a search warrant to find the missing clothing.

Led in evidence by Arinola Momoh-Ayokanbi, the state prosecutor, Ejelonu said: “Student X said the defendant left with her pant, bra and handkerchief after he raped her in his car.

“I went to the Igbosere Magistrates’ Court to sign a search warrant on February 6, 2018; we went to the defendant’s house at No. 6, Adeleye St., Bariga Lagos to execute the search warrant, the items were not found.

“We found only kitchen knives and on February 7, 2018, the case was charged to court.

“I had earlier visited the scene of the incident which is the area of Distance Learning Institute, DLI, of UNILAG, to check if I could find the pant, bra and handkerchief but I could not find anything, hence the search of his house,” she said.

Earlier in her evidence, Ejelonu narrated how the police was alerted about the rapes by the UNILAG officials.

“On Feb. 5, 2018, two officers from Alausa came to our office that they received a distress call from UNILAG that they needed our support.

“The then Divisional Police Officer, DPO, Ayodele Onujose, detailed myself and Sgt. Osasua, we went to UNILAG and saw the school counsellor and we went to the security cell and we saw the two girls who were about 19-years-old,” she said.

The IPO also told the court how the first complainant, Student X was allegedly raped by the defendant.

“On January 17, 2018, the defendant offered to give her a ride in his car on campus, he took her to DLI, had sexual intercourse with her and took away her pant, bra and handkerchief,” she said.

“Then both of them became friends, she told the defendant that she already had a boyfriend but he said that they should be friends with benefits.

“Student Y said she demanded for a laptop and the defendant gave her N20,000 and promised that he would give her N30,000 later.

“On January 30, 2018, the defendant picked her up and took her to his house and wanted to sleep with her and she demanded for N100,000. The money was not given to her.

“He had sex with her, during that period her boyfriend called her, the defendant dropped her off on campus at 11.30pm.”

While being cross-examined by Fred Onyeka, the counsel to Otema, the IPO revealed that the defendant’s car was still in police custody.

“One of the complainants said he had sex with her in the vehicle, the vehicle is with the exhibit keeper at the Adeniji Police Station,” she said.

The NAN’s report said that during Ejelonu’s evidence-in-chief, the IPO’s report was rejected as an exhibit by the court based on Onyeka’s objection that the prosecution did not include it in the proof of evidence.

“I also noticed that she was having conversations with the defence counsel and the defendants and during her evidence, she did not disclose some specific details that was in her report, that is why I wanted it to be admitted into evidence,” she said.

Justice Abiola Soladoye, the presiding judge, declined Momoh-Ayokanbi’s request noting that the court would only declare a witness to be hostile by watching the witness’s body language and not due to whom the witness is presumed to be communicating with.

According to the charge, Otema had sexual intercourse with Student Y without her consent on January 31, 2018 in his home at No. 6, Ajileye St., Bariga, Lagos.

On January 17, he allegedly had unlawful sexual intercourse with Student X around DLI in the UNILAG, Akoka, Lagos, he also physically assaulted Student X by hitting her several times on the face, strangling her and biting her back.

The offence, the prosecution said, contravened the provisions of sections 173 and 260(1)(2) of the Criminal Law of Lagos State 2015.