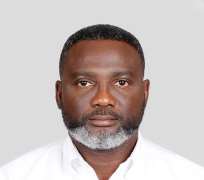 “Throughout history, it has been the inaction of those who could have acted; the indifference of those who should have known better: the silence of the voice of justice when it mattered most; that has made it possible for evil to triumph.” -Haile Selassie

The above quote aptly fits the present scenario in Rivers State, with regards to Senator Magnus Abe representing the South East Senatorial District of Rivers State recent statement concerning Dr. Chidi Lloyd former Majority Leader of Rivers State House of Assembly and a chieftain of the All Progressives Congress in Rivers State.

As a serious stake holder in the Rivers political space, nothing surprises me anymore regarding Magnus Abe. It is very apparent that he and his co-travelers have already made up their mind on where they stand with regards to the continuous destruction of our ethos and values as Rivers people under this Wike led “Junta”. However, I am compelled to issue this statement for record purposes.

It is obvious and clear to all that Magnus Abe is playing to the gallery. For all intents and purposes, why would Amaechi tell Chidi Lloyd to insult Mr. President, Of what benefit will it be to him (Amaechi)? After all, Is politics not a game of interests? In as much as I do not intend to hold brief for Mr. Chidi Lloyd, He is intellectually sound enough to speak for himself. However, one can feel and understand the frustrations of a lot of APC members with regards to all that has been going on in Rivers state.

The killing of our members, the harassment, intimidation, and the eventual use of the judiciary to deny the party the opportunity of contesting in these elections. Not to forget, the active connivance of INEC officials with the Wike administration to deprive the people of their democratic rights. It is quite surprising that Magnus Abe has not seen anything wrong with all the above. However, he is so quick to jump in when Chidi Lloyd speaks.

If Mr Magnus Abe wants to hold Amaechi responsible for every action or in-action of a supporter, and then it will also be fair to hold Magnus Abe responsible for the actions of all his supporters that are now actively working with the Wike administration against the APC. It is so unfortunate that Magnus Abe will descend to this level, he is a drowning man, clutching at straws and he knows it, history will not be kind to him.

It is a fact that Dr Chidi Lloyd was caught up with the emotions of the moment and I am very sure that his statement was not meant to insult Mr. President or denigrate his position, instead it was a cry for help. We have been brutalized, killed, subjected to all sorts of inhuman treatment just because of our support for Mr. President.

Even as I speak, we are still being hunted down. Wike and his co-traveler, Magnus Abe, can continue to buy off the news and electronic media and tilt the narrative to their advantage but they should know like Fela Anikulapo Kuti said,