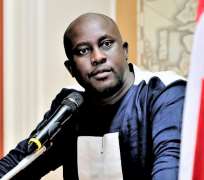 The demise of Pius Adesanmi has demonstrated clearly the power of social media in our lives and societies. You can engage, interrogate, entertain, mentor, educate, inform people on social media. I see social media as a way of life now! It is medium of being famous and infamous depending what you do with it.

The extent of the quality and quantum of tributes pouring in for Pius Adesanmi on social/print/electronic media cannot be fully comprehended. Pius Adesanmi never held any political office in his lifetime, but he is being celebrated and honoured like a President of a country, great hero, whose contributions traverse the length and width of Africa. This is partly because of his immense engagement and contributions on social media. Pius used social media responsibly and productively. He used it to raise and nurture champions in the society. Little wonder why people talked about him as if he was their biological father.

What is your mission on social media? To spread fake news? To dupe people off their hard earned money? To spread hatred or cause enmity among tribes, people, religions or nations? Have a change of mind! As you lay your bed so shall you lie on it! Pius Adesanmi sowed what he is reaping today on social media! He died at a youthful age of 47! But what he achieved within this short period of time, many cannot achieve it! For his impactful and numerous works on social media, he shall remain indelible in our hearts. Don't misconstrue Pius Adesanmi as only a man of social media, he is well known in academia and nation building projects.

I have used Pius Adesanmi to drive home a point that social media is not meant for unproductive, lazy people. It should be seen as a terrain which one can use to render selfless and tireless services to humanity. There are many areas of humanity that require urgent interventions and attention. We all must be seen to be willing to singly or collectively provide solutions to the problems of human race. Pius is gone, his hope about a new, prosperous and better Nigeria and Africa must be kept alive. We must not allow enemies of good leadership, civilization, modern society, social justice and democracy to triumph over the death of Pius. It's high time we continued to ask questions as Pius did, criticize where and when necessary with the goal of making Nigeria great.

Pius has done his super bit, and passed on the baton of progressive Nigeria to us. The spirit of Pius will be happy seeing us raising the bar of leadership and civility to the greatest heights in Nigeria. Pius will indeed be happy seeing all the lofty ideas he championed come to materialisation in Tishe's lifetime. Pius' soul will be tremendously joyful seeing Nigeria takes her right place in the comity of developed nations and as a true Giant of Africa in industry, infrastructural development, rule of law, constitutionalism, good governance, egalitarianism and welfarism!

As the world stands agog to celebrate one great hero, who put the village of Isanlu on the map of the world, I join not only to mourn but to also celebrate and honour Pius Adesanmi. Pius Adesanmi received his education from Nigeria and Canada. He had his first and second degrees in French from the University of Ilorin and University of Ibadan. He later went to the University of British Columbia to obtain his doctorate degree in French. He was survived by wife, mother and numerous children including two biological daughters.