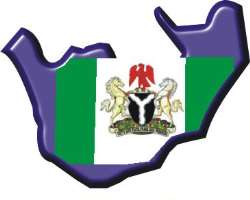 The Delta State Commissioner for Water Resources Development, Sir Fidelis Tilije, has reaffirmed government's commitment towards ensuring uninterrupted water supply in Asaba and other urban areas in the state.

Sir Tilije, who stated this during supervision visit to urban water facilities in Asaba, said that he was full of joy that there was consistent water supply in the city.

The commissioner stated that the state government had recorded giant strides in the area of provision of sustainable and affordable water supply in the state, just as he urged owners of car wash centres who are benefitting from urban water supply in Asaba and other cities to ensure that the areas where they are doing their businesses were healthy enough.

Sir Tilije who stressed the need for some stand taps to be extended closer to the road for sake of easy accessibility by the people, advised beneficiaries to extend water connection into their houses without entertaining fear of paying additional charge outside the sum of five hundred naira monthly maintenance free.

In his remarks, a landlord and retired civil servant, Mr. Alfred Okoh lauded the Commissioner for Water Resources for his determination towards the provision of water in Asaba and other parts of the state.

Mr. Okoh, disclosed that the water facilities were working effectively, commended Deltans for voting overwhelmingly for Governor Ifeanyi Okowa in the just concluded governorship election in the state even as he appealed to the governor to sustain the developmental strides in the state.

Earlier in their separate remarks, Mr. Famous Benafa and Chief Otobo who is the CEO of a car wash centre opposite Zenith Bank PLC along Nnebisi road, Asaba explained that the water scheme had impacted positively on their businesses and thanked the state government for the initiative.