A Call To Reason And Justice 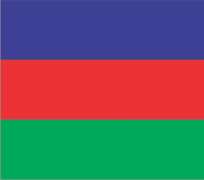 The Interim Steering Committee of the Ijaw National Congress notes with grave concern, recent developments around the Niger Delta in the course and aftermath of the 9th March, 2019 Governorship and Houses of Assembly Elections. Accordingly, the INC wishes to state as follows:

a) That we condemn the large scale militarization of our communities in various parts of Rivers and Bayelsa States.

b) That having worked hard to exit our oil-rich Ijaw ancestral lands from the days of militancy, almost 19 years ago, we call on the Federal Government to take heed and urgently bring to order, the state of military siege on these two states.

c ) That the Ijaw Nation especially condemns the unwarranted intimidation and flagrant show of disrespect for its traditional institutions. First, it was the recurring harassment of the Gbaramatu Kingdom with the attempted assassination of its late Pere including the wilful and wanton bombardment of his palace and the insulting recent desecration of the person of its present monarch. This was followed with similar primitive assault on King Ateke Tom of Okochiri, Okrika and now on Alhaji Asari Dokubo, "Idiabadi" of Ubuama. Let it be known that, as an aboriginal ethnic nationality, with premium respect for the lives of her people, their established traditions and institutions, the Ijaw is ever conscious of her natural rights to protect and defend the existence of her people, institutions, land and resources as inalienable conditions of being a federating part of Nigeria and will not watch or allow the current ugly trend continue.

d) We express deep worry over the desperate use of men of the Armed Forces and INEC officials to openly tamper with the democratic process, including falsification of results in several Ijaw communities.

2. The INC therefore calls on the Federal Government to show the will and courage to bring the very serious security situation and democratic infractions in Rivers State, in particular, to an immediate halt. Beyond that, the perpetrators of these crimes, including politicians, military personnel and their principals must not be shielded. There must be no sacred cows. Justice must be seen to be evenly and unambiguously served.

3. Meanwhile, the INC calls on the Governments of the two states, Traditional Rulers and Community leaders to do all that is possible within the laws to keep our people in peace and safety.