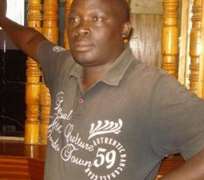 Out of the twenty-one long-listed writers, women writers are the majority, even the top story in position one on the long list is The Satans Inside My Jimmy’by Harriet Anena from Uganda. This is an obvious indicator to a new literary reality that the future of African literature is in the hands of women writers.

The prize, Short Story Day Africa was Founded in 2011, it offers US$800 for first place, $200 for second place, and $100 for third place. It only recognizes the best short stories submitted for Short Story Day Africa’s pre-determined theme for ayearly anthology of short stories. For the case of 2018/19 prize, thepredetermined theme was Hotel Africa. Thus the submitted stories were expected to be innovative pieces of short fictions set in the hotel rooms, the hotel passages, the bars and the hotel lobbiesacross African continent. The metafictions that could effectively present Africa itself as a mega-hotel were among the expected stories to be submitted. The longlisted writers will have their stories to appear in the subsequent Anthology under the titleHotel Africa: New Short Fiction from Africa. This Anthology will be edited by Helen Moffett.

The Previous winners of the Short Story Day Africa Prize are OkwiriOduor (Kenyan), Diane Awerbuck , Cat Hellisen , Sibongile Fisher , and Tochukwu Emmanuel Okafor .Such promising literary experience like the ones at short story day Africa are the reasons enough that justify the dismissal of Ngugi wa Thiong’o as an un Pan-Africanist McGuffin of modern African literature for claiming in February 2019 while on a tour in Kenya that there are no worthy young writers from Africa other than his four children.