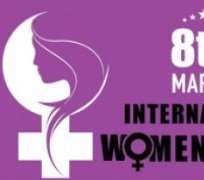 The first ever national woman´s day was recognized in the United State of America (USA) on March 8, 1909.This was designated by the ruling party-The Socialist Party of America- to honour the women who went on strike to protest the unfair and unsafe employment conditions and practices that occurred in a New York City´s garment factory on the March 8, 1857. The repeat of this 1857 protest took place after 51 years on March 8, 1908 among the New York needle business traders. With this awareness, in August, 1910, an International Socialist Women´s Conference took place in Copenhagen, Denmark, and a German Socialist, Luise Zietz proposed the established of annual Women´s Day and it was seconded by Clara Zetkin, another leader of the “Women´s Office” and member of a Socialist Democratic Party in Germany and later became Communist leader.

Ban Ki-moon, the South Korean politician and diplomat who was the 8th Secretary –General of the United Nations from January, 2007 to December, 2016 once said: “Investing in women is not only the right thing to do, it is the smart thing to do. I am deeply convinced that, in women, the world has its disposal, the most significant and yet largely untapped potential for development and peace”. Meanwhile, this construct of women potentiality was formally recognized and observed word wide in 1975 with the United Nations who made it as an observable day every year. The March 8 henceforth has to be recognized by all nations of the world including sovereign countries in Africa.

The rationale of the International Women´s Day is to seek to advance awareness on gender equality as it centers on consideration in advancing women´s fundamental human rights, promoting socio-economic developments and sustainable progress in the world. By this, it will make women to have access to resources on their own account and to the tools that give opportunity for them to earn a fulfilled living experience. The Women´s Day is a special day to honour the women of the past with proud, women of the present with inspiration and women of future with vision. It is a vital day in which women worldwide unite in their thoughts, struggles, hopes and dreams. It is coming together in solidarity to celebrate with women in one voice and at the same time to reflect and acknowledge the enormous and incalculable contributions and struggles of women to the achievement of better livelihoods for humanity.

In Africa of today, the struggle for women liberation and empowerment continues as women are still not well valued and respected in the society; high level of school drop-outs data and deny of education on gender bias and reason; women are still not well paid equally to their male working colleagues; issues of equality at work as well as at home remain unaddressed; the considerable link between maternity leave and paternity leave is still missing; social security for nursing mothers and widows are not recognized and legalized; women hardly participate in politics which is evident with low representation in parliaments and most political power is still monopolized by men; women are still victims of genital mutilation, early marriages, sex exploitation, women trafficking and violence regardless of religion and culture.

Annette Groth in her paper titled “Poverty is female”, she said “Out of the 1.3 billion poor in the world, 70% are women. Although 70 % of the work worldwide is done by women, they do not receive 10% of the worldwide income”. Annette said further that in the European Union, “…the groups with the largest poverty-risk are single mothers and families with many children”. With Annette conclusion, I think this situation is empirically similar to what we have in African society with single / divorced women and those having many children.

Finally, this piece is a reminder and clarion call for all and sundry to think of integrated approaches and new solutions in order to achieve the United Nations year 2030 Agenda with the theme of 2019 International Women´s Day which is “Think equal, build smart, innovate for change”. This will go in long way in helping to advance gender equality and the empowerment of women for social and economic sustainable development. Some of the vital targets of the United Nations 2030 Agenda include; “By 2030, ensure that all girls and boys complete free, equitable and quality primary and secondary education leading to relevant and Goal-4 effective learning outcomes; By 2030, ensure that all girls and boys have access to quality early childhood development, care and pre-primary education so that they are ready for primary education; End all forms of discrimination against all women and girls everywhere; Eliminate all forms of violence against all women and girls in the public and private spheres, including trafficking and sexual and other types of exploitation and; Eliminate all harmful practices, such as child, early and forced marriage and female genital mutilation”. Women are the cornerstones of economic development and we should rally round to support all women in all ramifications; the poor, the rich, the unemployed, those in schools, those who are mothers, working women, and those who do both, those who are single, married, divorced, or widowed, young, old or physically disabled.