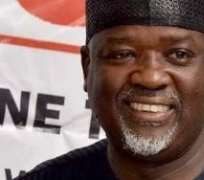 The Independent National Electoral Commission (INEC) in Kano has suspended the collation of results for the Saturday's Governorship election.

The Resident Electoral Commissioner (REC), Prof. Riskuwa Arab-Shehu announced this after the collation of results from the 43 out of the 44 Local Government Areas of the state.

The INEC Commissioner said the suspension was necessary because of reports of the security challenges from the only local government left to be announced in the governorship elections results.

The State's Deputy Governor, Alhaji Nasir Gawuna, and the Commissioner of Local Governments, Murtala Sule-Garo were arrested for allegedly trying to disrupt the collation of the election results.

The Chairman of Nasarawa Local Government, Alhaji Lamin Sani was also arrested by the police.

According to the REC, the results were snatched away from the collation centre, and that the electoral body will refer to its primary and secondary data base to generate the result from the polling units and wards.

Arab-Shehu explained that INEC will generate the result, verify and consider those that are acceptable within the electoral law.