... Commends Isoko North Constituency for their support to PDP
By Kenneth Orusi, The Nigerian Voice, Asaba 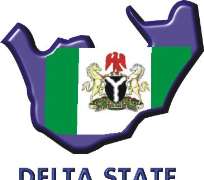 In the same vein, Ogwah has commended the good people of Isoko North Constituency for their massive support and votes for the People's Democratic Party PDP in the local government areas of Delta State.

Ogwah on his congratulatory message to Hon Tim Owhefere, described the PDP victory in Isoko north as divinely motivated.

He called on the opposition parties to work with Tim Owhefere for the progress and development of the constituency in the overall interest of people's mandate given to Tim Owhefere during the Election.

He said, "On behalf of my family and Team Ogwah, I congratulate you my elder brother and friend, Hon Timothy Kome Owhefere on your victory at the just concluded election poll. The people of our constituency have spoken well through their vote to you, it's my prayer for God Almighty to continued protect and gives you more strength and wisdom to pilot the affairs of your duties and more grace."