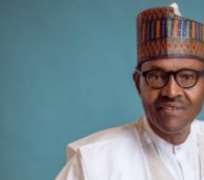 Financial Times (FT) of London, the very respected British newspaper, said that President Muhammadu Buhari has been running a government that lacks a clear direction in the last four years.

The Financial Times therefore called on the President to see his re-election as an opportunity to do the right thing.

The newspaper said this in its editorial which has been read and shared thousands of times around the world.

It read in part, “With his renewed mandate, it is now Mr Buhari's task to rebuild faith by running a dynamic and successful administration and by building the institutions that can lay firmer foundations than in his previous term.

“The omens from his first four years in office are not good. During that time, the former military leader ran a lacklustre administration with no obvious sense of direction. There was no coherent economic strategy of the sort being attempted by the likes of Ethiopia, Rwanda or west African neighbours Ghana and Senegal to produce the rapid growth needed to haul tens of millions of people out of poverty. It is an indictment of its leadership — both military and democratic — that the continent's biggest oil producer should have more people living in absolute poverty than any other country in the world.”

FT advised the President to appoint more technocrats in his second term who can help turn things around.

The newspaper said the anti-corruption war must be more holistic and less selective.

FT added, “Mr Buhari's priority this time must be to set out a coherent agenda, implemented by technocrats rather than ideologues, to turn things around. Nigeria desperately needs to create a level playing field for business in which access to foreign currency, permits, and other requirements is both predictable and rational.

“His much-vaunted crackdown on corruption must go beyond taking action against a few minor officials. Some big scalps would help. More important still is to implement systematic changes — whether by reforming institutions, using technology or by removing arbitrage opportunities — to create a more transparent environment. People should prosper in Nigeria based on what they know and how much value and employment they can create, not by their connections.”