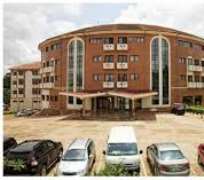 Professor Itse Sagay (SAN) has stated that the Federal Government should take over the Olusegun Obasanjo Presidential Library (OOPL) located in Abeokuta, the Ogun State capital.

According to him, this will help sustain and preserve it as a national monument. Sagay also stated that he does not like the way former president Olusegun Obasanjo goes about running the library like a private property.

He said:
“Obasanjo is a very unique type of person in many ways. He doesn’t follow laid down standards, conventions and practices. He takes control and personalises everything. To start with, that library was not built by private donations.

“It was built with public funds from heads of various Nigerian public institutions whose arms were twisted to produce huge sums of money. Some even donated in billions. So, it is not something done by Obasanjo through persuasion or private donors, it is built by public funds. So, really, this is the best case why it should be supervised by the Federal Government even though it was built in Obasanjo’s name.

“So, I don’t agree with the way Obasanjo is treating it as a purely personal property. But that is his nature. He is an authoritarian person.

“In fact, it enhances the status of the library if it becomes a state-owned property rather than privately owned. Otherwise, I don’t wish him to pass away soon. May he live long much longer…. But when the inevitable comes, the library may suffer if it is not a public library.

“We have seen so many families where they fight over even little property when the founder passes away and at the end, it is either abandoned or desecrated and they are in court for decades. That won’t be appropriate for such an institution as the presidential library”, Sagay said.