Reflections on the last Presidential Election 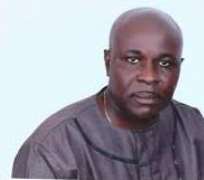 The presidential election has come and gone – and as expected the outcome is dogged in controversy. The Independent National Electoral Commission has declared Muhammadu Buhari re-elected, polling 15,191,847 votes toAtiku’s11,262,978votes. Atiku and the PDP have vowed to challenge INEC’s figures at the election petition tribunal.

This reflection is based solely on the INEC figures:

One, though INEC figures show that Buhari defeated Atiku by nearly four million votes, Buhari should not regard his re-election as an endorsement of his policies and governance style. The figures clearly show that the Southern part of the country and the Middle Belt states of Benue and Plateau had dim views of his presidency. This includes the South-west where the Vice President comes from and which has arguably benefited immensely from key appointments and infrastructural distribution. The coded message in that voting pattern should not be lost on the presidency.

Two, the voting pattern in some states is interesting: while Buhari had a clean sweep of the poll in some core Northern states like Katsina, Borno, Yobe and Jigawa, Atiku showed overwhelming dominance in the South-east and the South-south while in the South-west, where some had expected a blow-out for Buhari, the voters seemed split in the middle between Buhari and Atiku. In the Middle Belt States of Plateau and Benue, Atiku failed to win by overwhelming margin as projected by several analysts, especially in the wake of the attacks by ‘Fulani’ herdsmen’.

How do we explain the voting patterns? While the pattern in the core North will suggest that Buhari’s popularity in the region does not depend on his performance in office, it may also be in part their perception that Atiku (who supports restructuring, which most Northern elites view with suspicion) is a candidate of the south, which champions that agitation. In the same vein Buhari’s less- than- expected performance in the South-west – despite Osinbajo and Tinubu – could mean there are other negative perceptions of him (such as his assumed favouring of Northern Muslims in strategic appointments, his thinly veiled loathing of the clamour for restructuring and the whispering campaigns about his assumed Jihadist inclinations) which the people in the zone have to weigh against whatever benefits the region is assumed to derive from the Buhari government.

The South-east would always be a tough sale for Buhari so Atiku’s choice of Peter Obi only helped to energize the zone’s support for PDP. I find it however intriguing thatwhile Buhari’s blow-out victory in some Northern states is seen as evidence of his popularity or the North’s political sagacity, a similar performance by Atiku in the South east is interpreted as the South east “repeating the mistake of putting all its eggs in one basket” or even of being politically naïve. In the South-west, its competitive support for both Atiku and Buhari is seen either as evidence of the region’s “political sophistication” or “maturity” or of “ingratitude to Buhari” – depending on who is doing the analysis.

In the Middle Belt States of Benue and Plateau States, where Buhari was competitive despite the herdsmen crisis, I believe several factors can account for that:there seems to be an intense conversation in the two states on where they should anchor their identity – to join the South and its clamour for restructuring or to negotiate a sub identity within the North. Additionally, changing demographics in Plateau (with an increase in Hausa/Fulani population), the fact that while the former PDP governor of the state owed salaries, the current APC Governor Simon Lalong doesn’t, favoured Buhari. I believe that Atiku’s share of the vote in Benue state could have been more if Governor SamuelOrtom, who owes salaries,was not chosen as the party’s flag bearer in the state. My thesis is that any governor that is notorious for owing workers’ salaries creates an image problem for his party. The support of the south-south followed predicated pattern, including Edo State, which typically follows the South-west political tendency.

Three, one of the intriguing things about the election is the ethno dimension it took – despite the fact that the two leading presidential candidates are Fulani Muslims from the North.The subterranean ethnic theme in the election came to the fore when Governor Abiola Ajimobi of Oyo State declared that the presidential election was going to be a contest between the Yoruba and the Hausa/ Fulani on the one hand and the Hausa/Fulani and Igbo on the other hand and that any Yoruba man who did not vote for APC “is a bastard”. Earlier the Vice President Yemi Osinbajo and Works, Power and Housing Minister Tunde Fashola had done ethnic baiting by asking the Yoruba to vote for the APC to ensure that power returned to the zone in 2023. The Ohanaeze, in apparent support of Peter Obi’s candidacy on ethnic grounds, endorsed the Atiku/Obi ticket. The Igbo faction of Nigeria’s keyboard warriors did not help matters.

We cannot wish away identity politics because there are group dynamics in politics everywhere in the world. However what I found rather strange is how some otherwise respected individuals get suckedinto identity politics, which is typically drivenby surrogates. In fact history ought to be a guide on how ethnic gaffes by eminent Nigerians like Zik, Obafemi Awolowo and Tafawa Balewa ended up overshadowing their nationalist perceptions in other parts of the country. But apparently the likes of Babafemi Ojudu, a political adviser to President Buhari on political affairs (but who apparently works with Vice President Yemi Osinbajo) wereeither unaware of that bit of our history or failed to learn the lessons from it. In an op-ed entitled ‘The Battle Osinbajo Couldn’t Win’, Mr Ojudu blamed the VP’s loss of his polling unit on“ethnic prejudice” (presumably by the Igbo who chose to embrace the PDP), and “new money” (pejorative reference to the non-Yoruba nouveau riche whopresumably dominated the VGC part of Lagos where the VP voted). Mr Ojudu opined that had Osinbajo chosen to vote in Ikenne, his ancestral home or the Somolu area of Lagos where he was born, the outcome would have been different.

My take: if ethnic prejudice is responsible for Osinbajo’s loss of his polling unit, is ‘ethnic love’ responsible for the Redeem Church he pastored in Lagos having a huge population of non-Yoruba who pay their tithe diligently and showered him with expensive gifts and love as their pastor? Is ethnic prejudice responsible for APC’s loss of Ondo and Oyo states? Who was Ojudu trying to impress with his explanation of why Osinbajo lost his polling unit and why? The truth is that losing one’s polling unit is not really a big deal. This can happen for several reasons – a prophet not being accepted in his homestead syndrome, the people you have lived with knowing you better than the packaging that comes with political office or resentment against one’s perceived godfather or political party.

As Acting President,Osinbajo was a unifying figure who transcended the country’s fault lines – making several of us to look up to him as a role model. But it is also turning out to be another hope betrayed. I have often wondered why otherwise good men in positions of power often end up becoming something else. Reuben Abati attributed it to ‘Aso Rock demons’. I call it ‘system dynamics’, (which force such people to unwittingly adjust themselves to the way the system works - for fear of being rendered irrelevant). Osinbajo is a Professor, Senior Advocate of Nigeria and Pastor, each a marker of integrity on its own right, so I expected more than that from him or his handlers.

The truth is that Osinbajo could easily have used the loss of his polling unit to beef up his national credentials – the way Obasanjo used Yoruba animosity against him to shore up his national appeal. I think it will be naïve for Ojudu or anyone else to believe that Osinbajo’s relevance in a new political alignment that is likely to emerge in Buhari’s second term in office will be contingent upon whether he delivered his polling unit (or even the entire South –West) or not.

Four, the role of Ahmed Bola Tinubu cannot be glossed over in the weaponization of the distrust and rivalry between the Igbo and the Yoruba in the South-west.In the run-up to the presidential election, it was reported by several mediathat Bola Tinubu met Igbo leaders and reminded them that the Yoruba do not discriminate against them in the state and that they should therefore reciprocate the gestureby voting for APC. He reportedly told them that he would monitor the votes from Igbo dominated areas of Lagos. Probably because of this, Igbo-phobia suddenly became a swansong in many parts of Lagos – and has continued after the election. For a man with rumoured presidential ambition and respected for his knack for discovering and nurturing talents (despite his mafia-like brand of politics), I expected something nobler. I lived a considerable part of my life abroad – including becoming a naturalized citizen in Denmark and the United Kingdom respectively. At no time will anyone ask you to toe a particular voting or political line in ‘appreciation’ of the residency or citizenship granted you.