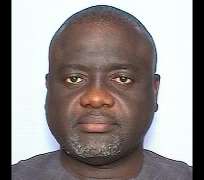 Leaders of Orlu zone of the Peoples' Democratic Party,(PDP) have expressed their dissatisfaction and insistence that Hon Jones Onyerieri should be declared the lawful winner of the February, 23rd, 2019 Senatorial election and therefore should be declared winner by the Independent National Electoral Commission, INEC.

The declaration which was contained in a communique read by the zonal chairman of the party, Chief Aloy Igwe was the recently adopted position and resolution of the zone on the outcome of Presidential and National Assembly Election in the twelve (12) local governments of Orlu zone.

Chief Igwe condemned the bridgandge and babaric conducts unleashed on voters by Gov Okorocha and his evil agents. Igwe says further that the outcome of the election was characterized by lawlessness, massive rigging, vote buying, snatching of ballot boxes, intimidation of voters and INEC ad-hoc staff at the collation centers using security agents. He observed the election as the worst in the history of the zone for the past years. He said the party has to reject the results because it is improper to accept such illegalities so as to discourage and ensure that such practices is not encouraged by INEC in the future.

The Chairman accused, Okorocha of using one Mr Gabriel Onu, an Assistant Commissioner of Police, his former ADC and soldiers from 34 Attilary Brigade Obinze led by Capt Agbo and Capt. Gwajamilla to intimidate people and the PDP just to rig the election for Gov Okorocha.

He went on to inform newsmen that Governor Okorocha, the Senatorial candidate of the All Progressive Congress, APC should be bared from contesting further election in the future for using unconventional method in Electoral contest.

He expressed shock at the collaboration of Gov Okorocha with policemen and soldiers who militarized the election and intimidated voters and the INEC into announcing him winner of the election despite falling woefully at the polling units.

He said APC openly and shamelessly in desperation stole the people's mandate by awarding themselves thousands of votes at the detriment of PDP even in area where electoral materials were not supplied and no voting done. He narated how Prof Innocent Ibeawuchi, the Returning officer was forced to announce Gov Okorocha as winner under gun point. He said PDP is rejecting the election results because it did not reflect the actual votes of the people of the zone who despite all the challenges and intimidation voted PDP massively.

Igwe noted that a lot of polling units where election were not held were given fictitious results in favour of APC and in most cases where there were pockets of violence, irregularities and stuffing of the ballot boxes were the order of the day were awarded votes by Gov Okorocha.

He described the actions of police and soldiers in Ohaji-Egbema and Oguta working in oil companies installations as very disappointing and worrisome given the level of compromise that ensured that day. He called on the Chief of Army Staff, Gen Burutai and the Inspector General of Police, Adamu to investigate and call their men to order. He queried the role of soldiers in the collation centers in the coming election

According to the Chairman, the work of securing lives and supporting the electoral process is the major role of security agents and any compromise on their part endangers our nascent democracy he alluded.