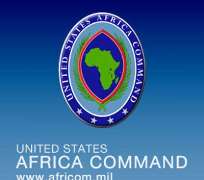 The United States Africa Command (US AFRICOM) has pledged to support the Multinational Joint Task Force in the ongoing Operation YANCIN TAFKI in the Lake Chad Area.

The Commander, Special Operations US AFRICOM, Major General Marcus Hicks gave this hint during a recent visit to the Tactical Headquarters of the Multinational Joint Task Force in Diffa, Republic of Niger.

Colonel Timothy Antigha, Chief of Military Public Information, MNJTF, Headquarters, N'Djamena , Chad Republic in a statement Friday said while addressing officers of the MNJTF, Major General Hicks noted that the aim of the visit was to share intelligence and build confidence between the two organizations towards the achievement of operational objectives.

Earlier, the Deputy Force Commander of the MNJTF, Brigadier General Seydou Badjie commended the US AFRICOM for its interest in the activities of the MNJTF.

He also solicited the continued cooperation of the two agencies in order to successfully deal with Boko Haram Insurgency.

In a related development, the Commanding General of the United States Army Africa Command, Major General Rogers Cloutier has paid a courtesy visit to the MNJTF Headquarteres in N'Djamena, Republic of Chad. Discussions between the Force Commander, Major General Chikezie Ude and General Cloutier focused on the role of the MNJTF in combating the threat of Boko Haram and the Islamic State in West Africa.