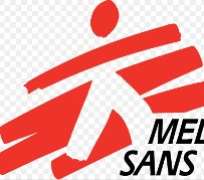 Médecins Sans Frontières (MSF) popularly known as Doctors Without Border has decried on the condition of about 40,000 residents of Rann from Kala Balge local government area of Borno state who fled their homes in Borno state, following a recent attack by insurgents have been asked to leave their refugee camps in Goura, Cameroon.

The international humanitarian body, Médecins Sans Frontières (MSF) said that the affected people have started making their way out of Cameroon Republic.

It will be recalled that thousands of people fled Rann in Kala Balge local government area of Borno state following the violent attack on the town on January 14, 2019.

They arrived in Bodo, Cameroon republic on foot, trekking about seven kilometres across the border from Rann after crossing River El Eid Ebeji.

Since then, the refugees have been staying in a large camp in Goura, most of them sleeping in the open, even though it is sandstorm season and the temperature drops sharply at night.

The MSF Emergency Coordinator in Goura, Stéphanie Remion has raised concern over their safety and welfare in the face of the new development.

“Today we are seeing people packing up their belongings and leaving for Rann after being told by Cameroonian and Nigerian authorities to leave.

“We are extremely concerned over what will happen to them once they go back to Rann as the security situation there is very uncertain and there is no humanitarian assistance available,” she said in a statement issued by the MSF Field Communication Officer in Borno State, AbdulKareem Yakubu yesterday.

According to MSF, many of the people did not want to return to Rann because of fear, following the several attacks that had been launched on the community by the terrorists.

The main concern of the MSF was the health condition of the refugees now returning to Rann, where they might not get adequate medical attention.

“We know there were suspected cases of measles in Goura and if this spreads in Rann where there is no medical care available, it will be a disaster.

"We call on the governments of Cameroon and Nigeria to protect these vulnerable people and ensure they can seek safety where they choose and where they have access to essential means such as shelter, food, and medical care,” the statement said.

While the MSF warehouse, office, and clinic were looted and burnt down in Rann but had set up a clinic in the camp, providing more than 400 consultations.

However, thirty-five per cent of the consultations were for infectious respiratory diseases, followed by diarrhoea and conjunctivitis, all of which are related to the refugees’ poor living conditions, according to MSF officials.

But Governor Kashim Shettima of Borno state had disclosed in Maiduguri that vehicles were dispatched to convey the over 40,000 refugees to the closest Nigerian town, Gamboru Ngala, to enable them cast their votes on Saturday before returning to Goura.