PDP Demands Investigation Into Killing Of Two Members In Sapele 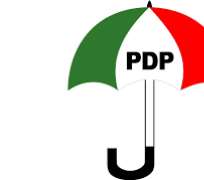 The Sapele Chapter of the People's Democratic Party (PDP), Delta State has called on the Nigerian Police and other security agencies to quickly arrest and bring to book killers of late Micheal Chibueke and Jeffrey Pregame who were dastardly murdered during last Saturday's election in Sapele.

It was gathered that the culprits are alleged supporters of one of the party candidates for Delta State House of Assembly (DTHA), for Sapele Constituency.

While addressing journalists at the party secretariat on Ajogodo road, Chairman of PDP in Sapele, Dr David Oghenevkewe, noted that the police statement on the news platform that the killers were unknown gunmen was incorrect and blatant lie.

Hear him: "The true position is that the police have neither made any arrest nor carried out any investigation, those who committed this heinous crime are well known with evidence and have been mentioned".

The party said, the deceased persons Michael Chibueke and Jeffrey Otevane were PDP members who had come to ward 9 unit 15 to cast their votes when they were allegedly shot dead.