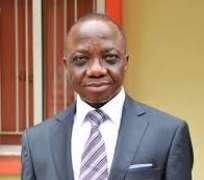 The All Progressives Congress (APC) flag bearer for Aniocha/Oshimili Federal House of Representatives, Hon. Paul Adingwupu, has rejected in its entirety the results of the just concluded 2019 Aniocha/Oshimili Federal Constituency in Delta State, alleging that the whole process were compromised by his opponent, the Peoples Democrayic Party (PDP), candidate, Hon. Ndudi Elumelu who had boasted of spending over N500 million in the process.

Hon Adingwupu, made these statements Tuesday while addressing Journalists in Asaba; said that the result is a sham and does not reflect the true outcome of the polls.

The reports from virtually all the units across the four local government areas of Aniocha/Oshimili Federal Constituency validated the facts that PDP leadership in connivance with the Independent National Electoral Commission (INEC), officials and the security details on duty deliberately manipulated and allotted results to the PDP candidate.

“And from all indication, the contest was more between us on one side and the PDP leadership, INEC officials and the security agents that were supposed to ensure a hitch free and credible electoral process. In some cases the security details induced by the PDP leaders, battled our agents and sent some of the agents away so they can have easy access to alter the will of the people. “ Take it from me, this day light robbery will not stand, we are going to use all legitimate and legal means to challenge the fraud” Adingwupu declared.

The APC candidate also alleged that the Delta State governor spent over a billion naira to buy votes, adding that "what they actually did was vote buying, massive vote buying in cash ranging from N2, 000 to as much as N50, 000 , then stuffing of the ballot boxes and engagement in multiple votin, where once a person is accredited, the person is allowed to vote more than once".

Speaking further, Hon. Adingwupu, who hinted that his legal team is working assiduously to ensure that justice is served, stated that they were able to uncover the electoral fraud as perpetrated by the PDP and its candidate against him and the people of Aniocha/Oshimili, based on intelligence reports, which was collaborated by the reports from their agents across the polling units.

"I am going to challenge this fraudulent act head-on and will reclaim my mandate. The whole process was fraught with irregularity and stage managed. Both the security details and INEC officials including its ad-hoc staff all aided the rigging of the election in favour of PDP and Hon. Ndudi Elumelu".

The APC party stalwart further disclosed that "the Peoples Democratic Party has shown that they don't have the capability and capacity to win a free and fair election, 'their head is known for manipulation and rigging' so we have seen the much they can do" and we are very much sure that we are going to take the bull by the horn; reclaim my mandate and win the coming elections at all level", he added.

Hon. Adingwupu however commended his teaming supporters and APC faithfuls for trooping out en masse to cast their votes and for maintaining the peace in face of provocation. He also sympathised with his party agents and supporters who were victims of police brutality, political thuggery and brigandage.

At press time, text messages sent to Elumelu's aide Mr Austine Obule and one Maxwell Okperi, via their cell phones and WhatsApp were not replied.