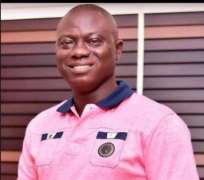 The Independent National Electoral Commission declared of the keenly contested election in which he got 46,944 to defeat the APC candidate who got 44,866 .

Salaam was a journalist with Osun State Broadcasting Corporations (OSBC) and he served as Special Adviser on Media to former Governor Olagunsoye Oyinlola.