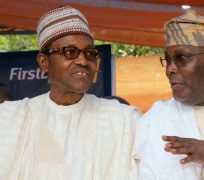 Results of the three councils were declared at the presidential election collation centre on Sunday night.

Musa said 675 votes were invalidated while other remaining votes were shared among the participating parties accordingly.

However, an agent of APC, Abdurahman Sani, objected to the admissibility of the result because no voting took place at 'Yanfako and Kagara Makaranta polling units as the residents had relocated following threats by bandits.

The Chief Returning Officer of the state, Prof. Yahuza Bello, who is the Vice Chancellor of Bayero University Kano directed the question to Council's Electoral Officer, Mr Abubakar Aliyu.

Aliyu said he received the complaint letter and sought advice from the security officers.

He claimed the election materials, on the advice of the traditional ruler of the area, were taken to Kamarawa village, where voting commenced. He said he later directed the election officials to relocate voting to the stipulated places.

Prof. Bello said the incident report would include the explanation in his submission, according the electoral regulation.