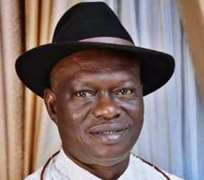 The most anticipated polls to decide who to man the Presidential seat, Senate and House of Representatives in Nigeria, has come and gone after a one week postponement from its original date of February 16 to 23 February 2019.

In Isoko local government councils irregularities in kickoff time in some units as well as deployment of materials was observed, though large turn out of voters was recorded.

In Owhelogbo, Isoko North Local Government Area, voting materials arrived almost late at about 11:30am against the 8 :00am stipulation while accreditation kickoff at about 12:20pm, four hours behind schedule.

The former Secretary to Delta State Government, Comrade Ovuozourie Macaulay was accredited at about 12:38pm and cast his ballot at about 12:45pm in his polling unit, Ashaka Unit 4, Owhelogbo, Isoko North Local Government Area.

Addressing newsmen after voting, Macaulay flayed the delay and identified certain irregularities in the voting process. "I have observed that it takes a minimum of five minutes to vote. Considering the large turn out it will be a problem. Voting did not start until 12 noon, four hours behind time. They have just two ink pads for four voting points. This can cause agitation among the electorate. Most of them came here since 8am."

According to him, the electorate deserve high commendation in view of their resilience and commitment to the polls, considering the level of technical discouragement.

"Owhelogbo has been very peaceful. The little skirmishes you hear is as a result of the complex nature of our polling system for the general level of literacy. The Independent National Electoral Commission (INEC) must review the quality of its materials. However, let me say that, it was not as good as this in the past, hence, we cannot write off the improvement." Macaulay stressed.