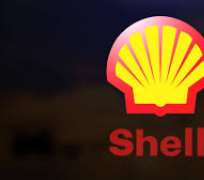 President of the Movement for the Survival of the Ogoni People (MOSOP), Fegalo Nsuke,has described the conduct of Shell Petroleum Development Company of Nigeria, a subsidiary of Royal Dutch Shell, in Ogoniland as a national shame and crime against humanity.

The MOSOP president Fegalo Nsuke made the assertion in K-Dere in Gokana local government area on Wednesday while conducting journalists around oil spill sites in the Ogoni.

Nsuke said in a country where citizens health and welfare were taken seriously, the oil mining license of Shell should have been withdrawn.

"If Nigeria were to be a country concerned about the health of citizens, there is no reason why the atrocities of Shell Petroleum in Ogoni would have been left unpunished, in fact, the company's oil mining license would have been withdrawn" he said.

Describing Shell as a killer, Nsuke demanded the revocation of Shells oil mining license in Ogoni. He said Shells conduct in over fifty years of operating in Ogoni had been very irresponsible and their continued retention of the license to operate in Ogoni is not justifiable.

The MOSOP president said the conflict between Shell and the Ogoni people had been most devastating leading to the death of thousands of Ogonis and such evil are not so easy to forget. It will therefore be right to withdraw Shell from Ogoni and discuss with Ogoni people on acceptable terms for a new operator.

"What Shell has done in Ogoni is crime against humanity and a national shame that should be severely punished" Nsuke said.