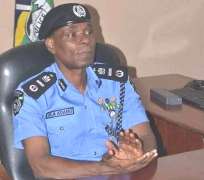 Acting Inspector General of Police Muhammad Adamu has said that reports from police officers deployed for election duties across the country indicate that elections are going on without hitches across most parts of the country.

Speaking to journalists at Maitama Model School Polling Unit, during a tour of some polling units in Abuja, the Police boss expressed satisfaction over the conduct of elections across the country.

On the reported election day bomb explosion in Borno and Yobe states, the acting IGP said, "You know what is going on in that zone and these people will always try to disrupt and cause trouble but they have not succeeded."

Speaking further on the killing of a Police officer in Kogi state Adamu said it also had nothing to do with the elections as the officer was killed hours before the polling units opened for voting.