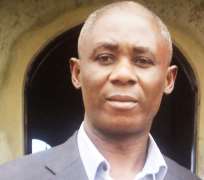 The Movement for the Survival of the Ogoni People (MOSOP) wishes to express it's discontent over the presidential order to the military to deal decisively with election riggers during the forthcoming elections.

We are aware that there are legal specifications on dealing with electoral crimes and will call on the president to respect his publicly acclaimed commitment to the rule of law by rescinding the order and allow election riggers to face the legal implications of their actions rather than ordering our military against them.

As victims of state persecution, we the Ogoni people are aware of the implications of such order and the dangers such orders could pose on citizen's rights and safety. A presidential order is an express permission to the military which could lead to human rights abuses.

We therefore urge the president to rescind the decision in the interest of citizens' rights and the rule of law.