Group Condemn Molestation and Brutalization of Pyagbara in Port Harcourt 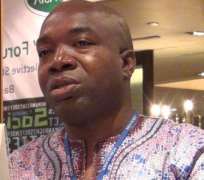 The Ogoni Community Development Network expresses its strong condemnation of homeland news report of the brutal molestation of erstwhile president of MOSOP Legborsi Saro Pyagbara in an attempt to forcefully take over his residence in Port Harcourt . We strongly condemn this act as it negates the nonviolent orientation of MOSOP.

The physical brutality on erstwhile president of MOSOP, Legborsi Pyagbara was done by a group we understand is claiming the presidency of MOSOP and led by Bari-ala Kpalap. The beating up of Pyagbara by the group is brutish and humiliating and not deserving of the person of Pyagbara. .

We understand that Pyagbara is currently acting lawlessly, laying claim to the presidency of MOSOP which no longer belong to him following the expiration of his tenure in December 2018, however we do not think that beating him up as was done by the Kpalap's tugs is the right thing to do.