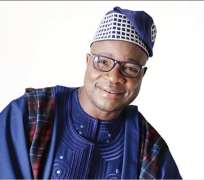 A chieftain of the Peoples Democratic Party in Osun State who is also an ally of the presidential candidate of the party, Dr Akin Ogunbiyi has urged the electorate to keep hope alive

In a press statement issued by his Press Secretary, Ismail Afolabi in Oshogbo, Ogunbiyi decried the postponement of the presidential and National Assembly elections by the Independent National Electoral Commission few hours to the commencement of the polls.

Ogunbiyi aligned himself with the position of the leadership of PDP and other well-meaning Nigerians describing the development as a gross display of incompetence and an indication that nothing was working under the ruling party.

He accentuated that the electoral umpire's failure to go ahead with the polls after several assurances to the contrary was deplorable. He faulted in strong terms, the failed attempts by the commission to push for staggered polls and eventual postponement of the polls on the day of the elections.

Appealing to Nigerians, especially the people of Osun to remain calm, articulate and never be discouraged, Ogunbiyi identified with and saluted corps members as well as other Nigerians who were subjected to inhumane conditions and untoward hardship in preparation for the eventually shifted polls.

Ogunbiyi stated further that the PDP was on a course to win the elections, with the support of God and well-meaning Nigerians. He begged Nigerians and the good people of Osun to keep hope alive.

"Today's postponement of the elections until 23 February and 9 March respectively on the day of the elections 'based on logistics' is provocative. We want to align with our party leadership and other well-meaning Nigerians and urge the electorates to keep up the tempo and be even more resolute to free the nation from the grip of incompetent leaders.

"Let's remain peaceful, shun uncivil acts and be ready to come out in very large numbers on the rescheduled date to chat a new course for Nigeria," he added, and thumbed up for PDP chairman, Hon Soji Adagunodo, the party stalwarts and supporters in Osun for rising to the task. He called for consolidated efforts.