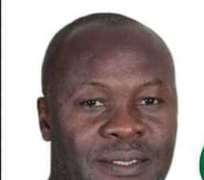 The candidate of the All Progressives Congress (APC), for Ika Federal Constituency, Mr Sebastian Okoh, has reportedly escaped assassination attempt by unknown gunmen.

News filtered into town that the APC candidate, who is fondly addressed by his admirers as "Saba na baba", was attacked in the early hours of Saturday at his home in Umunende community where he was billed to vote in the postponed elections by INEC on Saturday.

It was gathered that his home and cars including those of his supporters were riddled with bullets during the attacks.

It was not clear if any casualty was recorded during the incident as community indigenes embarked on street protest over the development.

Our correspondent learnt that the incident has been reported at the Police Area Command in Agbor by the victim.

Okoh had relocated with his family to his village where he was expected to cast his vote but he was attacked in spite of the postponement.

While confirming the incident, the APC candidate alleged that the intention of his attackers was to eliminate him and his household in the election he was sure of winning.

While thanking God for saving him and his family from the attack, he appealed for calm on the part of his supporters, saying that God has saved him and preserved him for a purpose.

Meanwhile, the area commander of the Agbor area command, ACP Cordelia Ikejiani, had visited the scene of the incident.

Ikejiani, who also addressed protesters who had stormed some streets in Umunede to vent their anger that Nigeria Police will carry out detailed investigations on the matter.

While appealing for peace, she added that only peace will guarantee environment that will promote healthy growth.

When contacted, the Acting Police Public Relations Officer, Mr Chucks Oresewezie said he had not been briefed of the attack.

He, however, promised to contact his men in the area and get back with details. He had not called back at the time of filing this report.

Meanwhile, the All Progressivs Congress, Delta State chapter has condemns in the strongest terms possible the allege assassination attempt on Hon. Sabastine Okoh and other APC members by suspected Delta State PDP political killers and marauders.

In a press release by the party's Publicity Secretary, Barr. Ogheneluemu Sylvester Imonina, said, "Hon Okoh is our House of Representatives Candidate for Ika Federal Constituency of Delta State, where Governor Ifeanyi Okowa is from.

"Our great Party notes with great concerns that since Hon. Okoh - a former political aide to Okowa - joined us in the APC about two years ago, some PDP blood-thirsty elements have allegedly sworn harm to him and APC supporters in Ika Nation. To this end, criminal and tyrannical steps are regularly taken by the PDP to suffocate Hon. Okoh politically, including destruction of his billboards, and mental torture to his person.

"Despite PDP’s evil machinations against Hon. Okoh and APC members in Ika Nation, Hon. Okoh’s kind political disposition continues to endear him to Ika people. The Delta State PDP government sees this as a very serious threat to its grip in Ika land. For PDP, the only way to save themselves from pending political oblivion starring at them is to do away with the life of Hon. Okoh whose political acceptability is gaining ground every day.

"Today, 16th day of February, 2019, between the hours of 1 to 2 am, Hon. Sebastine Okoh was attacked/shot at by suspected political assassins of PDP at his premises at Umunede Town. Hon. Okoh, who went out to provide logistical support to his Party members was about entering his residence when two Hilux Vans, with covered numbered plates, drove close to where his car was and shot at it/his direction but with God on his side, serious harm was not done to him. Though, his car and others were riddled with bullets.

"The APC in Delta State states that political violence is not a monopoly of PDP or any group of persons. Although self-defence is lawful, APC as a responsible Party will not authorise retaliation on PDP. Hon. Okoh has right to chose his friends.

"We in the APC members will continue to play by the decent and known rules of politics. Hon. Sabastine Okoh’s freedom of association should not and must not be treated or seen as an exception to the rules of politics.

"APC as a responsible Political Party calls on the Nigerian Police to thoroughly investigate this unfortunate attack/incident and bring those behind the dastardly act to book; no matter whose ox is gored. We also call on all Deltans and people of goodwill to condemn this heinous crime in its totality", the release added.