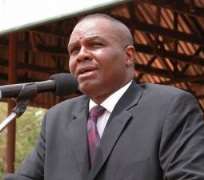 JUSTICE Buba Mohammed of the Federal High Court sitting in Enugu, on Thursday dismissed a suit seeking to disqualify the former governor of Enugu State and senatorial candidate of the Peoples Democratic Party for Enugu East senatorial district, Senator Chimaroke Nnamani from contesting the Saturday's election.

In the suit filed by Chukwunonso Daniel Ogbe Vs Chimaroke Nnamani, PDP and others, the Plaintiff had asked the court among others to declare the 1st defendant's candidacy invalid for purportedly not presenting himself before the commissioner for oaths to sign his senatorial nomination form.

In two hours judgement, Justice Buba held that the plaintiff case had no foundation amongst other reasons. Lacked in substance, was misconceived and awatded a cost of N250000 in favour of the first and second defendants.

Reacting to the judgment, the Press Secretary to the former governor, Mr. Dan Nwome, said that the judgment is a victory for democracy and enjoined those who are working against Nnamani to have a rethink.