Obiano’s opposition of Ohanaeze decision on Atiku/Obi is shameful, disgraceful

Governance under him has been on suspension since 2nd tenure
Source: Civil Liberties Organisation, South East Zone. 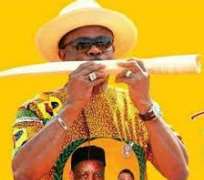 That Governor Willie Obiano of Anambra State was the first to oppose the imeobi Ohanaeze decision in endorsing the PDP ticket of Atiku and Mr Peter Obi is to say the least, disgusting, shameful and disgraceful.

Apart from portraying him as an ingrate and saboteur of the Igbo cause, it has exposed the Igbo saying that somebody whose house is on fire has decided to pursue rats instead of salvaging the ruins of the fire.

How else does one justify the above assertion other than the fact that after the financial procurement of his second tenure at great attack on the fiscal position of the state having frittered away all the dollar savings and investments handed over to him by his benefactor and predecessor, the state has been left prostrate while governance has gone on holiday and aggressive development put in abeyance since then.

In Anambra today, instead of Obiano taking up development strides so as to etch his name in the people’s memory with legacy projects after his exit, he has decided to embark on wild binge and goose chase just to undo Mr Peter Obi as if both of them are competing.

The unholy romance with the Muhammed Buhari led APC administration where it was alleged that he (Obiano) gave financial support running into billions of naira for Buhari’s comeback will boomerang in his face sooner or later.

The multiplier effect of the alleged hefty financial commitment to Buhari’s reelection campaign is the ugly situation we are witnessing presently in different parts of the state where all manner of revenue touts have been unleashed on the hapless citizens.

Even though government has continued to disown the various revenue touts and agents and the multiple taxation ongoing in the state, even the blind can decipher that there is no smoke without fire. What is a known fact is that those people are working for government and are known to government too. If it is to be on the contrary, the same government would have flushed them away with immediate effect.

Today in Anambra, traders, keke riders, commercial bus drivers, truck owners and drivers, tipper drivers, artisans and other classes of individual are feeling the heat of unbridled chase of revenue by government agents.

Visiting traders from other parts of the state are crying daily without help as they are extorted with brute force from their point of purchase, routes of delivery till they enter the motor park and return to their base.

Artisans are crying, keke drivers go home practically empty handed as their daily struggles ends up in the hands of government revenue touts. The list of victims and casualties (including those left with broken heads on putting up slight resistance) are endless and there is no respite in sight.

While the government continues its wild goose chase, aggressive development projects in the state have become a thing of the past as abandoned projects littered every nooks and crannies of the state.

All the earth moving equipments including hired and dilapidated ones deployed across various communities in Anambra State have been recalled while nothing is happening in most of the project sites.

The story is the same from Awada to Ugwuagba, Onitsha to Nise, Urum to Anam among others. The roads flagged off behind Iba Pope Awada which the Governor promised completion in the sacred altar of the Catholic Church the day he visited has remained abandoned. Same with the one near St James Anglican Church also in Awada where there is imminent danger of building collapse in the area as deep gullies caused by rain and flood from the abandoned road has eaten deep into nearby buildings.

It is the same story for other roads connecting Holy Trinity Catholic Church, Awada where he also declared that all the roads in the area have been awarded just awaiting the rains to subside for construction to start. He said this again on the altar last year when he visited with his wife for the blessing of the chapel they built in the name of her daughter , Gechi, for the parish. Right now, the access road linking the parish with the tarred road along 2nd gate Army barracks and Minaj road known as Oba Avenue/ Solar Lawrence Road behind the Army Barracks is at the verge of cutting into two and teeming residents in the area getting trapped.

Oduke layout where constant flooding has killed at least 12 people and destroyed properties worth over N500million has also been promises without fulfilling. Since November 3rd 2018 where the last two victims, a widow, Oluchi Nwafor and a man, Mr Okafor died in the flood, the governor has not deemed it fit to even pay a visit to the area or send a representative despite notifications by the landlords in the area.

Despite the fact that the state receives an average of N2.5 billion as local government financial allocations monthly, there is nothing to show that anything is happening in the 21 local councils instead, peanuts are given to the illegal endless transition council chairmen to run their offices monthly.

The charade called primary elections conducted by APGA under Obiano as BOT Chairman is the one that sounded the death knell for this administration. Apart from desecrating and denigrating the legacies of the late Igbo leader, Dim Chukwuemeka Ojukwu and also humiliating his dear wife, Iyom Bianca Ojukwu, the heist called APGA primaries where hundreds were fleeced of their hard earned money and at the end of the day denied party tickets in abracadabra way and brute force will continue to haunt the administration.

The conclusion now is that the larger bulk of the electorates in Anambra have decided to vote against APGA in all elective posts come February 16 and March 2nd. The protest vote is as result of the bastardised primaries, putting good governance in abeyance in Anambra presently, the harassment of the citizenry by government revenue thugs among others.

But far from these anomalies, the greater number of Anambra electorates just like the entire larger number of Igbo people are united in their decision that when it comes to the Presidential election, the real nkea bu nke anyi is the vote for ATIKU and OBI of the PDP.

They are of the view that 30 years after the Shagari and Ekwueme administration were sacked by the same Buhari who is now seeking re-election as a civilian president, no other opportunity presents a better platform for the Igbo to get to the mainstream politics in Nigeria than the Atiku/ Obi ticket. It will also amount to stating the obvious if I begin to mention also the sterling qualities Obi is bringing to the table or to go back to his positive scorecards when he was Governor.

For Obiano to work against this opportunity and tilt towards the Buhari presidency that has tacitly alienated the Igbo from being part of the federal republic of Nigeria is a deadly mission.