The National Election And Nagging Questions 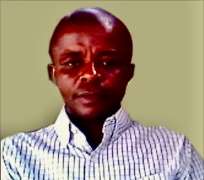 For close to two decades, Nigerians’ have lived in a frightening situation called democracy. And under this superficial arrangement, the masses lost sight of the real and lasting meaning of both democracy and political playing field. And given the increasing diversity of our population, pockets of political disputes exist around the nation.

But, from the current level of commitment so far demonstrated by well foresighted Nigerians fat-based and civil society organizations toward having a free, fair, and credible general election, It appears there is a sincere desire by Nigerians to enthrone authentic leaders and engage the best minds to help get the answers and deploy the resources we need to move into the future.

This past week, notable examples of such effort by these group includes but not limited to; a Public Lecture on Good Governance organized by the Catholic Archdiocese of Lagos which had as the theme; The Power of the Electorates In A Democracy; Nigeria As a case study. And. a similar one on election monitoring organized by the Justice Development and Peace Centre Lagos.

Of all that I heard, the gatherings aside acknowledging what has been on the mind of Nigerians, essentially recognized that ‘a people who have not yet mastered the art of putting worthy people will end up with charlatans and criminals as leaders while adding that the day of seating by the fence is over’.

Adding new punch and power to this new awareness is the Archbishop of the Catholic Archdiocese of Lagos Most Rev. Dr. Alfred Adewale Martins who in his speech pointed out that there is greater determination by Nigerians’ to hold their leaders accountable and ensure they do what is right and therefore urged participants to vote their conscience by electing intelligent, visionary, principled, patriotic, proficient and God-fearing men and women who will boldly steer the ship of our state back on course.

Obviously, an objective statement laced with tempting ideas, particularly now that the nation is recording some signs of meaningful successes with more records of solutions anticipated in this direction.

But despite this widening of strides and fundamental changes occurring all around us, there are other pertinent challenges and nagging questions begging for answers.

As an illustration, Nigerians’ are not particularly happy that with just a few days to the commencement of the national election, the vast majority of the people are yet to know the responsibility of the electorates? How should they conduct themselves at the polls? What should form some of the major parameters to judge who they should cast their votes for? How can they ensure that their votes truly count? In cases where they feel shortchanged in their electoral process what should be their cause of action to see for redress? How prepared is INEC and law enforcement agencies to ensure free and fair elections? Are the political classes ready and willing to abide by the electoral laws and allow the wishes of the electorates to subsist at the polls?

And, even if answers are provided to the above it will not in my views erase other intense challenges confronting the national election-challenges that revolve around attitudes and have the media practitioners and the political players as major culprits.

As we know, citizens of every nation whether democratic or otherwise hunger for ‘public forum or sphere where the issues of the public interests are viewed as central, and objectively considered, discussed or debated. And the media as the fourth estate of the realm is constitutionally charged with this responsibly.

But for some time, particularly in this period of change and electioneering the manipulators in the media have intentionally ignored or downplayed transgressions and prevarications on behalf of the people they agree with while making an enormous fanfare about any imperfections found in their perceived enemies.

This is the reality we currently face as a nation.
While these fifth columnists in the fourth estate which is made up of propagandists pretending to be journalists relentlessly force-feed the masses through multiple overlapping outlets covering radio television and the internet, real journalists that should educate the masses on their parts lack the ability to test the propositions presented by politicians or explore the facets of policies not revealed.

And as a consequence, they often persuade the public to endorse and applaud policies that are actually harmful to their interest.

And if the attitude of the media practitioners is ugly, that of the politicians is worse. As all they pursue is but to exacerbate the decline of reason and further jeopardize our democracy.

To be successful in this electoral outing, Nigerians’ must on their own provide answers to the above nagging questions as well as question the so-called settled answers.

While this is ongoing, Media practitioners must learn to separate politics from their professional calling. And learn to shine the bright light of truth on the forces of manipulation that run rampant throughout our society today.

Most importantly, one point the media practitioners must not fail to remember is that ‘every decision a journalist makes when gathering, organizing and presenting the news requires a value judgment. Different decisions bring different results. All decisions have consequences that are direct and indirect, intended and unintended, short-term and long-term. And journalists’ decisions affect others; those decisions may influence thousands of people’s opinions on a political issue.

Our politicians must develop the intellectual capacity to spot when to draw a line between politics and leadership. And prepare themselves for jobs of the future that will decrease unemployment and increase fulfillment while brightening the future generation’s prospect.