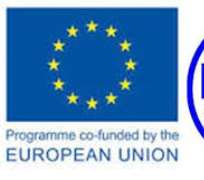 Nigerian youth constitute the majority of the unemployed population of the country, chiefly in rural areas. This is particularly true in Borno, the worst affected state in the northeast, a region beleaguered by a decade of conflict.

Patrina Pink FAO Maiduguri Sub-Office Borno State, in a statement Wednesday said while employment opportunities are present in agriculture, factors like low access to land, credit, markets and inadequate training are leading to low youth engagement. Deemed unattractive, agriculture is often perceived as having a low return on investment. Against this background, the European Union Trust Fund is supporting Food and Agriculture Organization of the United Nations (FAO) to establish a productive safety nets project in cooperation with the World Food Programme (WFP) and The United Nations Entity for Gender Equality and the Empowerment of Women (UNWOMEN). Under the joint initiative, on February 13, 2019, FAO distributed 150 bulls to youth in Jere and Konduga local government areas of Borno State. Between 2018 and 2019, 2 000 youth will receive bulls as part of the initiative to restore livelihoods.

The youth will be further supported and monitored for at least six months and will benefit from animal health support, livestock feed and training on animal care from FAO. WFP will distribute cash to meet their immediate needs, while UNWOMEN will deliver gender equality and cooperative management training. ‘The productivity of northeast Nigerian youth can be unlocked with strategic and complementary support including animal restocking for depleted herds, access to startup capital, markets and training in livestock production,’ said Nourou Macki Tall, Deputy FAO Representative in Nigeria.

Tall spoke at Wednesday’s bull distribution held in Auno, a bustling village about thirty minutes outside the state capital, Maiduguri. With bulls and other livestock provisions, Tall stressed, youth will have an alternative source of much-needed income. ‘If young people have a productive livelihood in agriculture and can meet their daily needs, they are far less likely to become hypnotized by insurgent groups,’ said Tall. Salisu Nara, a 25-year-old father of two from Zabarmari in Jere LGA, was overjoyed as he held tightly to a black and white coloured bull at Wednesday’s distribution. ‘Words can’t express how I feel, I am really excited for this bull, it will take me out of poverty,’ said Nara. ‘I will fatten him (the bull) and when he is big enough I will sell for 250 000 naira (USD 700). With the money I will buy a smaller bull and invest in irrigated farming.’ Under the project lasting from 2018 to 2020, FAO will reach about 100 000 households in Borno, including farmers, agropastoralists and fisherfolk. To invigorate livestock production, just under 10 000 households in the state are targeted for other livestock distributions including goat and poultry. Prior to deliveries, all livestock are quarantined and vaccinated, ensuring a safe introduction to the communities.

The EU-funded project to restore livelihoods in Borno will also engage with local and traditional leaders to promote greater youth access to land and business opportunities.

In northeast Nigeria, livestock production is a fundamental component of agriculture-based livelihoods. In addition to being a source of meat, milk, eggs, hides and incomes, livestock like oxen provide essential services during land preparation for farming and transport for rural households across the country.

Borno State is home to an estimated 11.7 million animals, the largest by any state in the country. Smallholder pastoralists, significant numbers of whom are nomadic, own the majority of these animals.

A decade long conflict in the northeast has led to a nosedive in livestock production. Many pastoralists have abandoned their homes and farms in search of safety. Declines in productivity have also created high levels of food insecurity and deteriorating nutritional outcomes.

If no humanitarian support is extended, 2.7 million people will be food insecure in the lean season lasting June to August 2019, according to the Cadre Harmonisé projections shared in November 2018.

Millions of formerly displaced people have returned to their communities of origin, mainly in Borno. These households require urgent livelihood support to survive. Livestock sector support, particularly in the areas of production and processing will lead to greater economic opportunities for low-income households and provide a route to recovery.