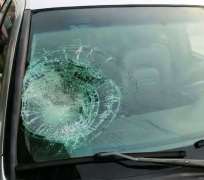 There was palpable fear in Isoko federal Constituency, Delta State when thugs alleged to be working for the incumbent member representing the Constituency in the green Chambers, Leo Ogor, who is seeking reelection under the Peoples' Democratic Party (PDP), ambushed the campaign train of his opponent, Joel Thomas Onowakpor, of the All Progressives Congress (APC), who is canvassing for votes across the Constituency.

It was gathered that, the campaign train was moving from Enwhe, Isoko South local government area of the state to a neighbouring community, Igbide in continuation of their campaign rallies in the forthcoming general elections when they were purportedly ambushed by the alleged PDP armed thugs at Okpolo-Enwhe and allegedly attacked them with guns before setting ablaze vehicles while several others were damaged.