THE ROAD TAKEN - A Story By Henry Chukwuemeka Onyema 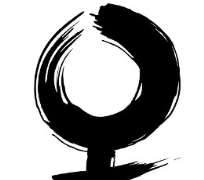 She needed the money and there was no other way out. Her eyes filled with tears.

''It does not call for tears,'' he said softly. ''You will enjoy it and also save your son.'' His teeth sparkled with a smile that easily turned women on. The fire in his eyes was illuminating.

But all Jemina could see was her five year old son swathed in bandages that made him resemble an Egyptian mummy. All she could see was the burnt wreckage of the bus; a bus that was swallowed in an inferno lit up from the hell of an ogogoro-dazed truck driver who ran off his lane and slap-banged into the bus. There were drums of petrol in the back of the truck. Jemina's husband, Oti, and their only child, Junior, were in the bus. Junior and a female passenger were the only survivors of the crash. The woman died minutes after she was brought to the hospital. Junior was on the borderline and if the seven hundred and eighty thousand naira deposit required by the Teaching Hospital was not made available, the operation that would keep him from crossing would not be carried out.

''Help me, please. Oti was your friend and kinsman.'' Jemina's tone would have touched the hearts of those angels who decided to rebel against God in heaven. But Kosi was not an angel, not even a fallen one in spite of his fair complexion, clean-shaven youthful handsome face and athletic six-foot-two figure.

Jemina came round to the owner's side of the massive desk and fell on her knees.

''Bikonu. If for no other reason, for Junior's sake. You are his godfather.''

''Exactly.'' Kosi's tone was emphatic as he stood up. '' That's why I am not asking for anything unethical. Are you still married? That boy needs a father now and I am ready to be one to him. All I ask is that I enjoy the benefits of fatherhood.''

Still on her knees, Jemina watched his elegant mouth move with increasing amazement and horror. Kosi's record as a playboy even with Linda, his ex-beauty queen wife and two children was no secret. But even playboys were supposed to have scruples, she thought desperately.

'' Oti gave his life for the boy. He will not be happy if his sacrifice is in vain.'' Kosi's voice was measured. He bent to help her up but Jemina shrugged him off and struggled to her feet. Reminding her of Oti's supreme sacrifce in such context made her heart weep blood. Eye-witnesses at the accident scene had confirmed that Oti was one of the first passengers who struggled to the nearest door, grasping his son. As if an instinct told him the game was over he threw the boy out just before the bus burst into a ball of blazing death.

Kosi semmed sobered by the undiluted agony on her face. '' I meant no harm,'' he said mildly. '' It's just that I have loved you right from the day Oti introduced you as his intended. Even back then my heart burned with an unquenching fire. No other woman, and I have had several, can smother the flames. Not even Linda and you do not hold a candle to her in terms of good looks.''

Jemina was woman enough to know that he was telling the truth. He did not move towards her but she carefully stepped back till she was out of his reach. The passion in his night-coloured eyes devoured her. She felt he could see through her cheap but neat ankle-length dress.

Jemina took a deep breath. ''All I want is my son's life. Does friendship mean nothing to you? Oti loved you like a brother. Yes, he was a poor civil servant and you a millionaire businessman, but he always thought you were different. He will squirm wherever he is now to see that you will not allow his ashes grow cold before lusting after his wife.'' She fought back a sob and an overpowering sense of exhaustion as she collapsed in the nearest visitor's chair.

She shook her head. Oti stared at her for a full minute, taking in every line of her gaunt but still attractive face. His eyes rested on her thin but by no means brittle body. Her thick but neatly combed hair which was held back with a band had flecks of premature gray at the edges. Wordlessly, he returned to his desk, opened the topmost drawer and took out a cheque book. Jemina watched as his golden fountain pen tip danced across the page. He carefully tore out the leaf.

''That's eight hundred thousand naira for Junior's operation. I will be at the hospital tomorrow to assess his condition. If he needs to be flown abroad I will make all the arrangements.'' He reached again into the drawer and took out a crisp bundle of one thousand naira notes. ''Living expenses for both of you. Two hundred thousand. Let me know whenever you need more money. I will phone the bank manager to fast-track the cashing of your cheque.''

A wild explosion of feelings took over Jemina's head. She fought a crazy urge to hug him tightly. That would be riding on the express train of temptation. She opened and closed her mouth. Tears rolled down her cheeks. She was almost on her knees when Kosi's strong hands caught her gently.

Jemina nearly laughed at the silliness of a thirty-eight year old man calling a thirty-one year old widow a girl. She got out of his hands quickly, and hopefully, inoffensively. Their gentle strength made her uncomfortable.

''Thank you. God bless and keep you.'' She could not, dared not say more. As he phoned his bank manager Kosi watched her carefully put away the money in her handbag. He pressed the intercom and ordered his chauffeur to come up.

''He will drive you to the bank and anywhere else you want to go.''

Jemina protested weakly. ''You have done more than enough. There are taxis around here.''

Kosi would not hear of it. ''Biko, think of your boy and your safety.'' That silenced her as the driver knocked reverently.

Just before she followed the driver out Kosi called her. She stepped back into the office.

''I care about you, Jemina Adachi Oti, nee Sopuruchukwu. Remember that.''

Jemina was discomfited by his use of her full name. And she was even more discomfited by the realization that her heart kept saying unspeakable things throughout the drive.

She did not sleep that night. Her mind was a whirlwind. In the early hours of the morning she concluded there was only one road to take. Guilt tugged at the edges of her heart but it was foggy. She waited, knowing that it was only a matter of time.

Three days later she got a call from Kosi.
''Can I come over this evening?'' he finally asked after a short conversation about Junior.

''Yes,'' she said quietly.
They became lovers that night.