As we prepare for landing: Words from BRF, the powerful MOP+ 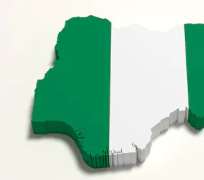 In late 2015, I wrote among others, two articles on PMB and his ministers. In one of them( Buhari’s Ministers: Saints, sinners and noisemakers; Guardian15/11), I suggested that a comprehensive reorientation be organized for Lai Mohammed before he talked us into trouble because it would be very difficult for him to differentiate between his duty as the rabble-rousing speaker for APC and his duties as a Minister for all Nigerians. Last two weeks, I x-rayed the recent statement of Lai Mohammed to the effect that APC has fulfilled ALL of its promises.(As we prepare for landing: words from the great the great Lai, BusinessDay, 24/1/19). This is something we should take to the bank because PMB has reiterated that declaration several times in recent times. But there is more from Lai. On 14/12/18, he authoritatively declared that the greatest threat to the 2019 elections were hate speech and fake news. So, how does my saying that Lai is from Anambra State(fake news) or as an Anambra born APC enthusiast said ,that anybody who said negative things about the second Niger Bridge would not live to see it( hate speech), constitute a threat to the 2019 elections. How about increasing political intolerance or apparent bias by security operatives? How about the refusal to sign the electoral amendment bill, and the recent scandalous desecration of the Judiciary? By the way, the claim by Lai that Boko Haram has been defeated when they have been hitting us big time is also fake news. How does that constitute a threat to the 2019 elections instead of just enhancing the nation’s lie index?

In another article( Buhari’s believers and the challenge of talent portability, Guardian, 27/12/15) I had argued that we should moderate our expectations from Fahola because Alausa was not Abuja. I had argued that ‘For BRF, his word was the law as he decided the if, what, why, how and when of everything while he was oga at the top in Lagos. Now, he has to watch the body language of PMB who may be busy globetrotting (about 30 per cent of his tenure so far spent in the presidential jet and foreign lands) to give any clarification. And even if he were around, the numerous roadblocks would make access herculean. He may also be unlucky to have some subordinates who are more powerful than him because they have more access to the rock or are better able to decode the body language. In effect, Fashola of Alausa is not Fashola of Abuja!’ Today, I have an assignment for my readers: examine the extent to which these caveats held true with these ministers ( Lai and BRF) in the last 4 years.

Today, I wish to x-ray the recent quotable quotes of our honourable 3pple Minister. Barr Fashola, a SAN, the Honourable Minister of Power, Works and Housing, and probably the most powerful minister Nigeria ever had and one almost revered because of his Lagos track-record, was not used to double speak. He said it as he saw it and rarely made political statements. Somewhere along the line, he became political and he has also started reaping the returns from politicking and allied matters. It was in the politicking process that he declared that the only way to have electricity was to vote out the PDP(12/7/14); that was where the electricity-in-6-monthsstatement came( or was manufactured) from. By an act of God, he became the minister of power and 4 years down the line he bold-facedly told us that… if you don’ t have power , it is not the government ’s problem! Even though I am a Spirit, I would never have imagined that BRF would be capable of such an inglorious utterance. It smirks of ignorance, arrogance, insensitivity and indeed, acute CLUELESSNESS. Where was he when his party was promising 20000megawatts to Nigerians by 2019? Does he not know that FGN owns 40% of all the DISCOs and GENCOs and 100% of TCN? Why is he planning to complete 4 NIPP power projects, managing the Rural Electrification Agency and the Bulk Electricity Trading Co, pumping in N1.2trn intervention funds and loans, arranging the N701bn power fund, contracting 108 firms to supply pre-paid meters and facilitating the ongoing WB/ADBPower Sector Reform Implementation Programme of $7.6bn, when it is not his business? How can somebody of BRFs caliber tell us that power is not Governments business when he, his government and even others before them have been doing everything to make it governments business?

And to worsen matters, BRF is busy boasting all over the place of how the Buhari Government has improved power supply, after saying it is not Governments business! And in the most recent case, he had to lie about it! Recently he indulged in usual politician’s self-adulation by declaring that power generation has increased by 100 % ( 4000 to 8000mw)in the last three years. But the Transmission Company of Nigeria authoritatively declared that the peak generation on 3/2/19 was 4976MW and that the peak power transmission ever recorded was 5222MW on 18/12/17! Has BRF retracted and apologized? He can’t because he is now a politician. Has he resigned? He can’t because he is a Nigerian politician. Sad indeed. That is what you get when a technocrat becomes a politician!

Other matters: Ambode will not be impeached!

Sometimes around 2011, the ‘owner’ of Lagos, Ahmed Tinubu ( BAT) wanted to disrobe Fashola( BRF) of his gubernatorial attire; to prevent him from going for an encore. There were threats and counter threats and eventually, BRF had his way. This time around, Ambode is not so lucky; he is not going for a second term, neither is he retiring to the senate, as has become our ‘political culture’. He has become a lame-duck governor as can be seen in how his VisionScape project was thrown away with ignominy by people who had okayed it previously. Then, to complete the humiliation, the Lagos Assembly threatened to impeach him over gross misconduct as regards the yet to be presented 2019 budget. It is obviously about ‘revenue sharing formula’, and to ensure that the cake would be shared by a more malleable fellow! On Monday, 4/2/19, however, the matter took a new twist as BAT announced to the whole world that ‘We have resolved that there would be no question of impeachment in Lagos State…’. And immediately after that, the 2019 budget was presented! Signs and wonders! Was BAT making the announcement as the speaker of or for the Lagos State House of Assembly? So there was no gross misconduct in the first instance or is it that all political ‘old things have passed away’(2Cor,5:17)? We know Lagos is in BATs pocket( though BAT s in Gods pocket) but it is good that we pretend about these things. Lets not act in such a way that even the blind sees and the deaf sees. Meanwhile for all the political power wielders all over the land, especially those who throw about their weight with reckless abandon, let us remember that all is vanity. After all, where is Mugabe and his GRACEfull wife today? We also had Alhaji Adedibu told us on National TV that Ladoja had to be impeached because the governor give him ‘even one-quarter’of the security vote! All this shall come to pass!