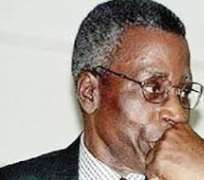 Ethno-religious leanings or socio-political ideology notwithstanding, it is almost improbable for any society to underestimate the contributions of some people to the emancipation of its people and the realization of the dream of its founding fathers. For instance, America will forever remain grateful to the likes of MartinWaldseemuller, Stephen Moylan, George Washington and Martin Luther King Jnr.for their contributions, one way or the other, to the realization of the American dream as a land of equal opportunity for all. In like manner, China’s economy wouldn’t have become “the fastest sustained expansion by a major economy in history” to the extent of having “lifted more than 800 million people out of poverty” but for the political sagacity and economic ingenuity of leaders like Chairman Mao Zedong and Den Xiaoping. In a word, the world owes Winston Churchill, Pope John Paul II,Nelson Mandela,Ayatollah Khomeiniand others a debt of gratitude for their efforts at leaving the world better than they met it.Here in Nigeria,NnamdiAzikiwe, ObafemiAwolowo, and Ahmadu Bello, among others,have left their marks in the sand of time and one is not in doubt of their place in world history.

Among such great Nigerians who have also etched their names in gold is the late Bola Ige. Igewas a poet, novelist, writer, founding member of Afenifere socio-cultural group and devoted Christian. He was a multi-lingual, gifted orator who did so much to promote socio-cultural integration and the Yoruba Agenda. A deep thinker and an irrepressible crusader for the Common Good, he was once the Secretary of the youth wing of the defunct Action Group (AG) and he eventually rose to the peak of the Party hierarchy. Amid the uncertainties of life, the ‘Cicero of Esa-Oke’ walked in integrity and in the beauty of democracy.

A prominent lawyer, once described as the luminary SAN (Senior Advocate of Nigeria), Ige was former Commissioner of Agriculture in the defunct Western Region of Nigeria. He was also thegovernor of the old Oyo State between 1979and 1983. In 1999, he sought the nomination of the now-rested Alliance for Democracy (AD) as a presidential candidate but the rest, as they say, is history. Bloodied but unbowed, the Afenifere chieftain was later appointed, first, as Nigeria’s Minister of Power and Steel; thereafter, AttorneyGeneral and Minister of Justice. In fact, Ige was the African Representativedesignate to the United Nations International Law Commission before death struck on December 23, 2001.

For us in Nigeria, Ige proudly stands in the class of JohnKennedy, GeorgeBush and, perhaps, Bill Clinton, whose politics have in no small measure electrified America. Rather than accumulate instant wealth and suddenfortune, his legacy lies in the ‘Four Cardinal Programmes’as espoused in the manifesto of the-then Unity Party of Nigeria (UPN). Among those things he introduced that would live forever in the hearts of the people was how he democratized the education space. It is a fact of life that, without his intervention, many people might not have gone to school. And, because they were educated, majority of them are now in the top echelon of the appurtenances of power, contributing their quota to nation-building. It is also interesting to note that, like John, Bola’s assassination“precipitated a national nervous breakdown” and fatalistic sense of futility.

Well, Nigerians must be alert to the fact that remembering Ige is not all about naming places or monuments after him. Of course, there are perhaps enough of that! In my view, it’s time we started dealing with the socio-psychological underpinning values of monuments, which isthe celebration of humanity, not mere ‘monuments’, the glory of which is likely going tofade away or perish with time. Instead, what we need now is theinternalization of humanity institutional monuments, which deal with humans in the heart of hearts of people.

Till date, the world looks at America’s premier political dynasty, whose politics“inspired the idealism of the Sixties”; and the Bush-Davis-Walkerfamily, which included two presidents, two first ladies, a state governor and a senator, with immense admiration. In the 1960s, Bill Clinton and Hillary Rodham had a rare privilege of understudying Kennedy’s case while on internship at the White House. It is perhaps the realization that a typical society has its own institutional pattern that motivated the future Clintons to remain in the Democratic Party. Even, Barrack Obama could not afford to sidetrack “the last of the Kennedys” in his quest for America’s 1st Citizen. Today, America’s 42nd and 44th presidents are better for it! But I doubt if a 10-year-old Nigerian will not ask if a titan like Awolowo ever passed through this land. No thanks to the removal of History from the school curriculum.

With regard to natural expectations, democracyfinds full expression in being a political system of competition for power. But then, why can’t the children of Nigeria’s heroes past ride on the wave that has been created by their heroic parents? This brings me to the tricky question of ‘political recruitment’ and ‘leadership mentoring’ patterns in Nigeria.For example, Muyiwa (Ige’s son) has no reason to be struggling for a place in Nigeria’s power ladder with persons of lesser political pedigree; not evenwithin Uncle Bola’s locality. Unfortunately,ours is a country where warped systems prevail! The tragedy of leadership in this part of the world is that, for the strangest of reasons, political neophytesand clumsy characters,whosepenchant for transactional politics, political entrepreneurship and manipulation of passionsknows no bounds,just emerge as ‘leaders’ and foist themselves on the people. But all that must change in order to encourage future generations! Needless to repeat that the younger Ige has the name, qualification, experience, reputation and the pedigree which eminently qualify him to, as it were, step into his father’s shoes! The more reason he and others in his shoes must be encouraged wherever and whenever they show interest in politics because they have a name to protect.Top of Form