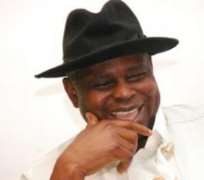 Amassoma Town in Southern Ijaw Local Government Area (Silga) of Bayelsa State, has thrown its weight behind the Peoples Democratic Party (PDP) for the February 16 and March 2 general elections this year.

About the largest community in Silga and Bayelsa State, Amassoma, the birth place of the first civilian governor of the state, late Chief Diepreye Solomon Alamieyeseigha, made their decision to back the PDP, known at a rally held on the main bowl of the secondary school in the town, January 4, 2019.

Different persons from the town spoke in that regard, and assured that the people would vote massively for all candidates of the PDP in the forthcoming elections.

Hon. Kate Owoko, a female lawmaker, representing Silga Constituency One in the State House of Assembly, who took early shot in solidarity speeches, said that Amassoma had always shown gratitude to the PDP by queuing behind its candidates in every elections since 1999.

She expressed optimism that the people will replicate the same gratitude by voting for the PDP candidates, to further appreciate the party for opening up the town with infrastructures.

Hon. Owoko called on electorates in Amassoma to keep their support for the PDP, firmly and vote Alhaji Atiku Abubakar for President; Chief Diri Douye for Senate, Central Senatorial District; Rt. Hon. Kombowei Benson for House of Reps, Silga Federal Constituency and Hon. Felix Bonny Ayah, for Silga One Constituency in the State House of Assembly, in next elections.

Other speakers made reference to the the late governor, Chief Alamieyeseigha who was a stalwart of the party, and the development projects the PDP took to the town through him.

One of the speakers, Pastor Yaibimi Ayogoi, said based on the developmental legacies of the late Alamieyeseigha, victory was one hundred percent sure for the PDP candidates, as far as Amassoma was concern.

"Late Chief D. S. P Alamieyeseigha advised us before he died, that Amassoma people should not leave the PDP. He told us to vote for PDP in 2019 elections", Pastor Ayogoi, said.

Ayogoi who is currently a Senior Special Assistant to Chief of Staff Government House, declared that Amassoma people are ready to do as the late governor advised them before passing away.

"Late Alamieyeseigha of the PDP, also established the Niger Delta University (NDU) in Amassoma. Today, every family in Amassoma has at least one graduate.

"So PDP is Amassoma's party in this state. This is PDP's territory. No other party can get any votes here", Hon. Dorgu who is Director General for the campaign organisation of the candidate for the State House of Assembly for Silga Constituency one, stated.

Also speaking, pioneer chairman of Silga, Chief Patrick Osunu, equally gave glowing tributes to late Alamieyeseigha. Chief Osunu urged the people of Amassoma to demonstrate their loyalty to the PDP, and appreciate the Party by voting for its candidates.

Earlier, Community Development Chairman of the Town, Mr. Samuel Biriabebe, Mr. Lovely Sogo and Mrs. Elmina Abadenego, a women leader, in their separate remarks, assured total votes from the people, for the PDP's candidates on account its legacies in Amassoma, but called for more projects, especially drinking water, drainage, scholarships and electricity as well as reinstatement of 700 indigenes of the town as NDU staff.

It was commendation galore for Hon. Felix Bonny Ayah, PDP's candidate for Silga One Constituency for the House of Assembly election, at the rally in Amassoma, his home.

The CDC chairman of Amassoma, Mr. Biriabebe lauded Hon. Ayah for executing economic empowerment and scholarship schemes for the people, and an ongoing palace project for the King of Amassoma, King Graham Naigba.

Leader of non-indigenes in the town, Hamzat Saraft Olaruwaju, also lauded Hon. Ayah a tested and trusted leader, who carried the both indigenes and non-indigenes along, when he was vice chairman in Silga Council.

Responding, Hon. Aya, assured Hon. Ayah, assured that he will ensure that the new projects demanded by Amassoma are looked into and awarded, when he is voted into the House of assembly.

He told the people to hold him by his words, assuring further that he would as usual match words with action, and even earn more trust.

Ayah called on the people to be steadfast and vote for him all the other candidates of the PDP, saying they should not be afraid nor support any other party because PDP would win at the national and in the state.

Director General of the PDP Bayelsa Central Senatorial District, Rt. Hon. Talford Ongolo, thanked Amassoma for endorsing the party's candidates ahead of the next elections.

He assured that as Chief of Staff to Governor Seriake Dickson, he would forward their demands to the governor, promising that PDP will surely do more for them, when voted to power again.

Chief Douye Diri, also thanked Amassoma for its solidarity, and urged the people to vote for him for the Central Senatorial Seat, and other candidates of the PDP including Alhaji Atiku Abubakar, for president; Rt. Hon. Kombowei Benson, for House of Reps, Silga Federal Constituency and Hon. Felix Bonny Aya for House of Assembly, Silga One Constituency.

The candidates of the PDP in the Bayelsa Central Senatorial District were presented to the electorate and supporters at Amassoma, by the state chapter's chairman, Hon. Cleopas Moses, at rally, attended by party heavy weights in the district and supporters.