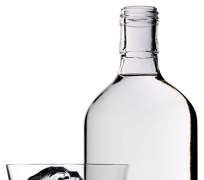 Oshari rented the air immediately he came to where I sat with friends on February 2 2019, at Seaside Road, Oyigbo, Rivers State. I did not know him prior to this day.

The man I later learnt was born in 1954 was not drunk but alcohol had taken a toll on him. He was garrulous and talked different things at the same time. He was oddly funny, although to my irritation. I managed him as others did.

He was proud of his ‘Isoko’ root and repeated ‘Isoko’ virtually in all talks. He said he was an iterant: he had travelled to virtually all the towns across Nigeria. He explained villages that were receptive and others that were uncivil.

Oshari was full of proverbs. One of his proverbs was, “Clothe is the beauty of women, but when they pull their clothe, they are Juju.” Our gathering comprising of men and women laughed. The discerning minds amongst us got his message and it was deep.

Many of us were later exhausted and moved out. I was left alone with Oshari. He lectured me using his native intelligence. He was brain and I learnt traditions and cultures of different peoples. He lectured me of Egbesu and I was pleased because I loved aboriginal spiritualities so much.

At a point, Oshari said that he needed to drink Kai-kai – local gin. I signaled a boy who sold varieties of local stuffs to give Oshari N100 worth of thing. Oshari did not wait for the boy to bring his request to where we sat; he joined the boy in his shop.

Later, Oshari came back with putrefying cigarette odour and Kai-kai around him. He was calm now. For few minutes he did not talk unlike him; he was relaxed in a plastic chair he sat on. After, he whispered in a low tone, “Kai-kai dey chak!” He stood up and left without a word. He did not stagger. He was mien. As he was leaving I pondered over the type of message the Kai-kai was registering in him and regretted I would be missing him concerning his crude but not rude talks of different things at the same time.