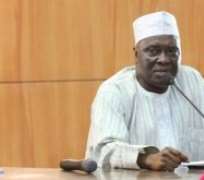 A statement on Thursday from the spokesman of the Commission, Ikechukwu Ani, said, “this is one of the decisions of the 4th Plenary Meeting of the Commission held in Abuja on the 28th and 29th of January, 2019 and presided over by its Chairman, Alhaji Musiliu Smith, a retired Inspector-General of Police.”