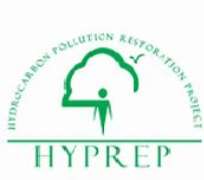 The Movement for the Survival of the Ogoni People (MOSOP) has described the Hydrocarbon Pollution Remediation Project (HYPREP) as an organization stinking in corruption and a shameful representation of corruption in Nigeria.

President of MOSOP in a message to an Ogoni congress in Eleme yesterday said the project being currently managed by the Hydrocarbon Pollution Remediation Project, HYPREP, stinks with corruption and financial recklessness and should be completely overhauled.

Nsuke who spoke through the Deputy President of MOSOP, Bartholomew Oluji said HYPREP has been lying to the Ogoni people for years and their recent conduct has exposed them as a corrupt organisation whose a activities should be scrutinized by relevant agencies.

HYPREP has spent over $10million and their is nothing to show for it. Now they are going round handing over sites to contractors not known and acceptable to us, the Ogoni people. All they desire is to cause crises in Ogoni, waste funds on frivolous items and try to cover up their financial recklessness.

HYPREP is a corrupt, dirty organization and a shame on the anti-corruption claims of the present government and we call its probe and reorganization.

Nsuke said all HYPREP is doing now is in exclusion of Ogoni people following the withdrawal of Prof Ben Naanen and Legborsi Pyagbara from the governing council of HYPREP. He called on HYPREP to open a broad-based discussion with Ogoni people on the way forward on the project instead of the current desperation to cover up financial mismanagement of cleanup funds.