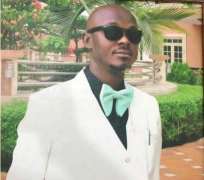 The controversy trailing the recovery of properties belonging to notorious kidnapper, Collins Ezenwa, alias, E-money, by operatives of the Inspector General of Police Special Intelligence Response Team, IRT, took a twist yesterday, as one of his victims, Tochukwu Okeke, an Enugu based Business Man/politician, narrated how he was kidnapped by E-money and his gang and the sum of $2million demanded and eventually $1million Dollers was taken from him as ransom before he was released.

Okeke told Vanguard in an interview that, E-money and members of his gang accosted him in Nsuka area of Enugu State, on his way back from Abuja, blindfolded and took him into a deep forest where he was kept for six days $2million Dollers was demanded after lots of Begging, the ransom of $1million, which has a naira value of N360million was paid for his released.

He told Vanguard that he instructed his lawyers, while in captivity to sell off all of his landed properties located in New-layout, an upscale area located in the city of Enugu and he depleted all his accounts including domiciliary account, which he said had funds for importation of goods and some he wanted to use in paying his children’s tuition fees, in Canada.

Okeke, who gave thanks to God as he escaped being killed during the saga, Stated how he was “shocked by the Malicious and False Report against the best Police team in the country by Premiun Times, who would have easily called the Lawyer whose phone number was on the receipt given to Tenants to Confirm who collected the Rent and issued Receipt and where the money was kept. But Instead they lied in their desperate effort to discredit the police team who refused to be Compromised by accepting the offer of 50million from the Kidnapper’s Family, Instead they reported that the Police collected Millions and pocketed it whilst they know nothing about it. Very Sad that kidnappers will have Such Support from A Legitimate media house”

The Victim went ahead to disclose how he was beaten seriously by E-money and his boys, who also gave orders that he should be killed on the fifth night he slept in the camp if his relatives fail to pay his ransom.

“ This wasn’t the first time I have been kidnapped, but I can’t explain the level of dexterity E-money showed when he kidnapped me and he ended up making me pay the sum of $1million as ransom to him. When I was kidnapped in 2013 in my house, the kidnappers took only N6million from me and I was released. Though they demanded N15million and we had an agreement that will pay off the balance after my release. They didn’t torture or maltreat me the way E-money and his boys did, but after I was released, I had meetings with security operatives in Enugu State and I was advised to keep on communicating with kidnappers since they wanted their balance. I followed the advice and at the end of the day all the kidnappers were arrested and their rifles recovered. When E-money kidnapped me, I was blindfolded all night and beaten seriously and was crying and begging my family to sell my properties and raise money for his ransom. We were able to raise the $1million after selling my properties and depleting all my bank accounts. After I regained freedom, I reached out to the police operatives who arrested Evans in Lagos. I was in Lagos and I made my case to them and they started investigating the case. For six months they trailed E-money with the analysis they did on the phone number which was used for My Ransom negotiation that have Relation with one of the Emoney Phones and It was discovered that I wasn’t the only victim that was hunting for him because he was avoiding people and showing up briefly in various locations. Luckily news came in from Imo State that he has been killed during fierce Gun-battle with the Police and I went and identified his corpse, then I learned he was Mainly based in Enugu”. Okeke explained “further Investigation later revealed that E-money who retired as a Junior Corporal in the Nigeria Police with 47k Monthly Salary Resigned and formed the Biggest Kidnapping Gang In Nigeria only Second to their Grand Commander Evans, has several properties in Enugu, Owerri, Okigwe and Aba town and it took the Police 7months Investigation before tracing and Confiscating 13 Properties and 13 Cars So far.

Also investigations further revealed that 3 out of the 4 Properties Emoney bought in ENUGU was bought few weeks after he was kidnapped and paid Ransom to Emoney. He said E-money’s wife who is on the Run through her Lawyer took the IRT to court for seizing the Kidnapper’s properties as well as using Court Order in freezing the kidnappers bank accounts with 100 Million Naira. While Police have Filed a suitein Owerri High Court Seeking for the final Forfeiture of the Properties, Vehicles and 100 million Naira frozen in Bank Account to Federal Government.

After the Confiscation of the Kidnappers properties in Enugu the Kidnapper’s Wife escaped hence the tenants living in a four storey building, which he said E-money bought with the money he took from him were living for free. He said;“ since the matter is in court where am one of the Victims and It was established that my money was used by E-money to buy that property, I approached the tenants and told them that the matter is in the Court and that they cannot be living for free till the case is decided henceforth they would be paying rent. The tenants were told that receipt will be issued to them by the Lawyer as evidence of payment and the Money Realized will be documented and Presented in Court on the next date of Adjournment since the matter is in court, It’s only Court that can decide on Where the money and Properties will go and Same Court will decide how Subsequent rents will be collected after this one is presented to the court”.

I need to make this very clear that the police has no hand in it. They have not benefited or collected one Kobo rent from anybody as everything was kept with my Lawyer. All the efforts of the Kidnapper’s wife to benefit from the ransom Money collected from me and other victims will never Work. We know all the Lawyers without conscience that they hired trying to Paint a picture of an innocent woman and dropping the Name of Amnesty International at Every Stop, Writing Petitions blackmailing Good Police Officers etc all Will Fail. I am ready to follow this case upto Supreme Court. No retreat no Surrender.

The fight is not only for Me but for all Nigerians because it will be a deterrent to other Criminals and also Clear Message will be sent to all Citizens that henceforth no Kidnapper/Armed Robber or his Family member can Continue to Benefit from the proceeds of Armed Robberies and Kidnappings.