Stress and Vibes (A Nation in Ruins) 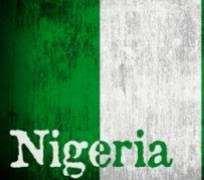 The late great Bob Marley once sang that ‘one good thing about music, when it hit you, you feel no pain’. Was Marley just sounding-off? Or is there something about music? In my opinion, it is a truth that when good musical vibes hit you, you feel no pain, for music is more than just a relaxer. It is a stress damper, a stress killer. I will proceed to explain exactly why. But reader beware. Some of what you are about to read, has no rigorous scientific validation yet. It is purely a hunch, a gut feeling. I will try as much as possible to indicate what is scientifically unproven.

Now all of us are made up of matter. Our bodies be it the solid, liquid or gaseous phases are entirely made up of elemental, molecular, atomic and sub-atomic particles. Particles in nature of course do not remain still. They are all full of energy and vibrating, moving from one point to the other and returning to their point of departure to start yet another cycle of movement, ad infinitum.

The vibrations or movements of molecular, atomic, and sub-atomic particles are typically described by three key and typically independent quantities. The amplitude is the maximum displacement of a particle from its mean position before it starts its return journey to the opposite extreme. Look at the pendulum of a grandfather clock. The amplitude is the distance from the central rest position of the pendulum to either the right or left extremity in its back and forth movement.

Clearly the frequency is the exact inverse of the period of vibration. They are not independent of one another. A particle vibrating at 50 Hz which makes 50 complete cycles of to-and-fro- movements in one second has a period of 1/50 seconds i.e. it takes it 1/50 of a second to complete one cycle or wavelength.

In my opinion, stress occurs when the particles of a human body do not vibrate at a natural frequency, i.e. they vibrate individually without consensus. Because there is no consensus, the body particles collide unnecessarily with each other, some moving left, others moving right, causing internal friction, coupled with dissipation of energy.All of which ultimately leads to wear and tear of internal body parts.

Stress can have external or internal causes. Stress can arise from over-anxiety, high societal expectations, unfulfilled ambitions, fear of failure, fear of unemployment, fear of the sack, uncertainty etc. All of these can lead to early mortality, premature aging, ill-health, costly mistakes etc. In Nigeria for instance, critical observers suspect that President Buhari’s alleged dementia is a result of stress associated with the fear of electoral defeat.

Many years ago, as a self-employed civil engineering consultant practicing in my home country Nigeria, this writer continually faced the stress of securing government jobs without bribing anybody. I also faced the stress of getting paid after executing those jobs to the best of my professional capacity.

In one case where I had toured virtually the entire country visiting several project sites to make on the spot assessments, prepared and submitted a winning tender at my own cost, got the job on pure merit, I almost lost the contract due to “political machinations”. Within a week of uncertainty about my fate I realized I had become temporarily bald due to stressful anxiety.

The first and best stress killer in my own personal view is faith. Faith in God is the most powerful tool on earth given to man to kill stress. Look at the following startling advice Jesus Christ gave to mankind. What a wisdom that could never have had a human origin! How could a mere mortal have given this piece of divine advice?

“He said to his disciples, therefore I tell you, do not worry about your life and what you will eat, or about your body and what you will wear. For life is more than food and the body more than clothing. Notice the ravens, they do not sow or reap, they have neither storehouse not barn, yet God feeds them. How much more important are you than birds! Can any of you by worrying add a moment to your life-span?

If even the smallest things are beyond your control, why are you anxious about the rest? Notice how the flowers grow. They do not toil or spin. But I tell you not even Solomon in all his splendor was dressed like one of them. If God so clothes the grass in the field that grows today and is thrown into the oven tomorrow, will he not much more provide for you, O you of little faith?”

- Luke 12: 22-26, New American Bible.
This eternal advice in my view proves irrefutably that Jesus Christ was in truth both the Son of God and God Himself as much as he was man of divine and virgin birth. Now faith is gift. It is not a right. How many of us have faith? In Nigeria the greatest evil occurs during the time of elections, because our politicians do not have the true faith to resign themselves completely to God’s Divine Will while doing only what is right and legal. Note that one does not personally claim to have faith. One can only pray and ask God for faith. Nobody wants to have a real test of faith.

When an exciter wave bombards a body with a frequency close to that body’s natural frequency of vibration, a strange thing occurs. The bombarded body becomes so excited and energized that its amplitude of vibration is dramatically amplified or increased. An example of an exciter is an earthquake. When an earthquake’s tremors hit a building structure at a frequency close to that structure’s natural frequency of vibration, that structure’s amplitude of vibration becomes amplified and you can actually see it shaking vigorously from side to side often resulting in catastrophic damage.

From this point onwards, most of what follows is my personal unvalidated hypothesis or hunch.

As for me, the kind of music that excites me most are roots reggae and classical music. You may say that these two kinds of music vibrate very close to my body’s first and second natural frequencies of vibration. Do not ask me which of the two is my low energy exciter or which is my high energy exciter, because I do not know for sure.

However, what I do know is that when I am highly stressed up by a difficult work week for instance, roots reggae helps me the most to unwind and relax my internal body particles’ haphazard vibration. In this sense I may regard roots music as being close to my first or lowest natural frequency of vibration.

On the other hand, when my spirits are low, and I want to pick up my tempo I would often listen to classical music particularly those of Beethoven, Brahms, Mozart, Schubert and Haydn etc. So, I guess classical music vibrates very close to my high energy mode of vibration.

If you want a good way of beating stress, try music therapy today. It works just as well if not better than swimming pool or ocean“wave” therapy. One piece of caution however. Not all types of music are good for you.When ‘bad’ music or music far outside my natural modes of vibration hits me, I do feel tremendous pain.

So, Bob Marley may not have been completely right. One man meat is another man’s poison. What do you think?

Side note: As I wrote this piece, I was listening to (1) ‘Shimezana Region in Dub’ by the late great Yabby You and the late great King Tubby’s (remastered from the original ‘Sufferation Dub’). (2)‘Five Man Army ’by Dillinger (featuring Trinity, Al Campbell, Wayne Wade and Junior Tamlin).(3) ‘Humble Yourself’ by Asher (the late great Augustus Pablo) and Trimble (Myrie Taylor). (4)‘Crisis’ by the late great reggae genius Bob Marley. (5) ‘Oh Lawd!’ by Roots Combination, and (6) ‘Sunday Morning’ by the late great Gregory Isaacs.