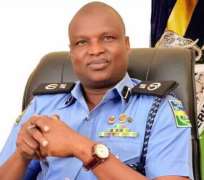 The IGP Intelligence Response Team is a crack intelligence/technical department of the Nigeria Police, responsible for discretely profiling and arresting criminals.

The department which is deemed to be one of the most successful departments of the Nigeria Police because of the amazing results in arrest of criminals, is headed by Nigerians's most celebrated crime burster, DCP Abba Kyari.

According to a source knowledgable of the happenings in the police force, the public should disregard false speculation on the disbandment of the team because it is not affected in the ongoing reorganization of some departments in the force.

The Police, like other law enforcement agencies carry out routine deployment of officers for more effective operational gains. Recently, DCP Ben Okolo was transfered to the IGP Intelligence Response Team (IRT) as part of efforts in strenghtening the team. However, the team is still coordinated/headed by DCP Abba Kyari.