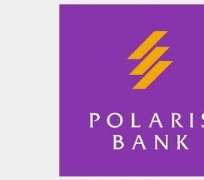 A policeman and two other persons were feared killed as armed robbers attack Polaris Bank in Ila-Orangun in Osun State.

The robbers, numbering about eight, were said to have struck around 2.00 pm and operated for one- and- a half hours after blasting the bank’s security door with an explosive substance. It was gathered the robbers carted away a substantial amount of money. An eyewitness account revealed that a police task force raced to the scene but missed the robbers by whiskers.

But by the end of the operation, three people were reported dead.