…Says About 600 Waste Defaulters Were Prosecuted In 2018
By Kenneth Orusi, The Nigerian Voice, Asaba 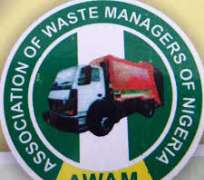 The President, Association of Waste Managers (ASWAMA), Delta State chapter, Reverend Maxwell Egbe, has expressed disagreement with the state governor, Ifeanyi Okowa, over the engagement of a Private Sector Participant (PSP), to clear junks regularly dumped on the median by residents of the state capital.

Speaking Tuesday with The Nigerian Voice, in Asaba, the ASWAMA president expressed his disapproval over the style adopted by the state governor as it would encourage indiscriminate dump of waste on the median thereby defeating the purpose of the PSPs.

Hear him: “Now, the governor feels that because of the refuse that is coming up at the middle of the road, the government has to hire a contractor to clear the median which is also a PSP, clearing the median. Now, like the attitude of our people, because this refuse are been removed from the median on a daily basis, people now take it as a yardstick to go and put more of those refuse on the median. To me, I don’t feel that is the best approach.

He continued: “The approach is to ensure that every house, every resident, every compound, every facility is registered with the PSP within the zone in which they fall. By doing that you will not have any person that will bring their refuse from their house to the centre of the road, those that you see that are bringing their refuse to the centre of the road are those who don’t want to comply with the sanitation law, they want to pay money”, he said.

He identified human factor as one of the reasons the state capital is littered with junks, “Now the first challenge that we have why you are seeing refuse everywhere have to do with our attitude as human being, till date our people, residents in the cities still do not feel that it is their responsibility to manage the refuse by themselves, they feel it is government responsibility to manage the refuse. Therefore, they expect government to pay for the services that is been rendered to them. Many of them are refusing to comply with the practices of private sector partnership, sanitation law of the federal, state and local governments and that is why you see the refuse scattered and littered everywhere”, he lamented.

He revealed that Oshimili north and south councils which formed the Asaba Capital territory have a total of 40 PSPs, “and these 40 PSPs are on ground working, they pass every street on daily basis, they go from house to house, street to street ensuring that refuse are collected and disposed”, stressing that residents carry their refuse to dump indiscriminately because they do not want to pay for the services.

While noting that the taskforce and the mobile court judge put in place by the state government do not have adequate personnel to cover the capital territory due to cost, he said even political bigwig who defaulted have been arraigned before the judge.

Meanwhile, he disclosed that “a mobile court has been established where these people are taken to. In 2018 alone, I think that we prosecuted close to 600 persons in Asaba metropolis including companies, residents even government agencies that refused to comply”.

“I don’t want to mention names but some bigwigs are actually taken there”, he added.