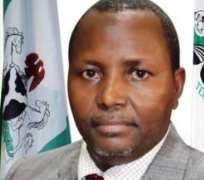 It is widely believed that Baffa's sack reportedly resulted from his misunderstanding with the Minister of Education, Mallam Adamu Adamu, over TETFund's 2019 intervention in Nigerian institutions.

He was said to have also ran into troubles with unnamed persons over his open involvement in Kano state politics.

According to SUN Newspapers, the sacked Executive Secretary has now been replaced with a former ES of the Fund, Prof. Elias Suleiman Bogoro.