By Equal Rights for Person with Disabilities International, Inc 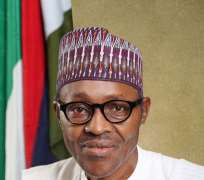 (HOUSTON-TEXAS JANUARY 20, 2019) –Today, on the eve of the celebration of our civil rights Hero, the Late Rev. Dr. Martin Luther King, Jr., we humbly plead and urge President Muhammadu Buhari, to assent into law, with an independent, implementation commission, the Discrimination Against Persons with Disabilities (Prohibition) Act, 2018, which is presently on his table, for himself, his son, 27 million Nigerians with Disabilities and also, for every Nigerian family because every Nigerian family like President Buhari’s family has one or more persons with Disabilities inside their respective families.

On January 16, 2019, during President Buhari and Vice President Osebanjo’s Nigerian Television Authority’s (NTA) Town hall meeting, whereby President Muhammadu Buhari was directly asked valid question, on why he is yet to sign the Disabilities Rights Bill into law, he denied ever receiving such bill.

While answering to this question, it became clearer and obvious that he is suffering from severe, hearing Impairment Disability, which established more Prima Facie entitlement for the bill to be signed by him for himself and others Nigerians.

On July 22, 2015, during the United States Institute of Peace (USIP), “Conversation with President Muhammadu Buhari,” first visit to the United Sates as Nigerian democratic President, which we watched live, it was clear and obvious that President Buhari was suffering from serious hearing impairment.

We urge President Buhari to publicly accept the fact that for long he has been diagnosed as suffering from multiple disabilities and start doing positive things for Nigerians with Disabilities, like most other Presidents of the World who were persons with disabilities while serving as the President of their countries.

In March 30, 2007, President Olusegun Obasanjo, wasted no time to answer to our demand for him to sign the UN Convention on the Rights of Persons with Disabilities (CRPD) for himself because he publicly said that he suffered from a disability, called, depression, during his forced incarceration by the Late General Sani Abacha.

On September 24, 2010, President Goodluck Jonathan, also answered to our demand made to the Late President Umaru Musa Yar’Adua to ratify the UN Convention on the rights of persons with Disabilities for himself, which he failed to directly do before his premature death due to Kidney failure Disability.

We therefore urge President Buhari to stop being in denial of his multiple disabilities and identify and open doors to the FIRST LEVEL for his APC National, Zonal, State, Disability Leaders, led by Hon. Alhaji Misbahu Lawan Didi, his Senior Special Adviser on Disability Matters, Hon. Dr. Samuel Odeh Ankeli and 27 million Nigerians with Disabilities; and sign the Disability Bill into law to protect him and others, which will guarantee disability-inclusive NEXT LEVEL.

There is no way the entire APC Disability Leaders, 27 million Nigerians with Disabilities and every Nigerian family can be part of President Buhar’s NEXT LEVEL whereby they are yet to be allowed to come close to anywhere near the FIRST LEVEL, Talk less being insider it en route to the NEXT LEVEL.

APC Disability Leaders and 27 million Nigerians with Disabilities must first climb the FIRST STAIRCASE to get to the NEXT LEVEL or you will fall back to the GROUND FLOOR and break your neck and legs, trying to jump over through the FIRST FLOOR from the ground floor, to the NEXT LEVEL.

President Buhari’s assent to the Disabilities Rights Bill into law with a Commission, will first open doors to the FIRST LEVEL, which will allow our APC National, Zonal and other Disability Leaders and their 27 million political constituency of consequences be well seated and be included in Buhari’s NEXT LEVEL journey.

On November 8, 2018 and November 21, 2018, respectively, both the Nigerian House of Representatives and Senate voted and passed the Bill titled, the Discrimination Against Persons with Disabilities (Prohibition) Act, 2018.

On December18, 2018, the Clerk of the Nigerian National Assembly, transmitted the Bill to President Muhammadu Buhari to assent into law, with an independent, implementation Commission.

The Distinguished Senator Osita Izunaso, former APC National Organizing Secretary, and Kpakpando Foundation for Mental Illness, in answer to our request, successfully, directly, organized a held 3 different high-level meetings with the Nigerian Senate President, Dr. Abubakar Bukolar Saraki, Hon. Yakubu Dogra, Speaker of the House of Representatives and Hon. Justice Abubakar Malami, Attorney General of the Federation and Minister for Justice, who wasted no time to do what they promised.

UN Convention on the Rights of Persons with Disabilities (CRPD), Article 1, Purpose, described Disability as, “Persons with disabilities include those who have long-term physical, mental, intellectual or sensory impairments which in interaction with various barriers may hinder their full and effective participation in society on an equal basis with others.” UN DESA

“a) To adopt all appropriate legislative, administrative and other measures for the implementation of the rights recognized in the present Convention;

“b) To take all appropriate measures, including legislation, to modify or abolish existing laws, regulations, customs and practices that constitute discrimination against persons with disabilities;

“c) To take into account the protection and promotion of the human rights of persons with disabilities in all policies and programmes;

“e) To take all appropriate measures to eliminate discrimination on the basis of disability by any person, organization or private enterprise;”

Nigeria is yet to fully comply by the aforementioned despite the fact that President Muhammadu Buhari and his son, were diagnosed Persons with Disabilities.

Wherefore, We the Nigerians in Diaspora, living in the United States of America, as people who were equally, diagnosed with one form of disability to another, like President Muhammadu Buhari and his son, Mohammed Buhari, plead with him to sign that bill now for himself and his son.