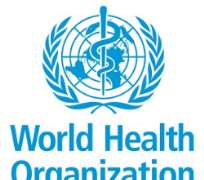 The Yobe state government in collaboration with World Health Organisation (WHO) and other partners have officially declared end of cholera outbreak in the state.

Yobe State Commissioner of Health, Dr. Muhammad Bello Kawuwa disclosed this while addressing press newsmen on the progresses made yesterday.

Executive Secretary, Primary Health Care Management Board, Dr. Lawan Gana who represented the Commissioner said, the first case of cholera was reported in July, 2018 from communities.

He said: “Yobe state has declared cholera free when suspected cases in the epidemic areas significantly declines and all samples

from suspected cholera cases were tested negative by the Rapid Diagnostic Test or culture for a minimum period of two weeks”.

The State Commissioner added that as at today, a total of 1,813 cases have been recorded in Yobe state with 61 associated deaths, while giving a case fatality rate of 3.36 percent.

“591 of these cases were reported in Gulani, 458 cases in Gujba, 489 cases in Damaturu, 181 cases in Fune and 67 cases in Potiskum local government areas of Yobe states”, Bello said.

He said that most of the deaths recorded were in Gulani, Gujba and Fune local government areas due to delays in timely reporting to health facilities for the patients to receive timely quality care.

The Commissioner said the cholera scourge was curbed by the strong commitment and determination of the state ministry of health and state primary management board in conjunction with other ministries and partners.