Burning of HYPREP Bus in Ogoni: Government Failed to Listen 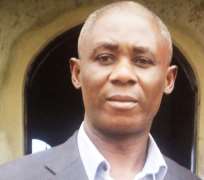 The attention of the Movement for the Survival of the Ogoni People (MOSOP) has been drawn to reports of a conflict between representatives of government/HYPREP and some Ogoni youths yesterday. Our checks reveal that the conflict led to the burning of a bus belonging to HYPREP.

Although the incident regarding the burning of a bus owned by HYPREP was a tragedy, the Federal Government and HYPREP must realize that in order for the cleanup exercise to be successful, they must engage the Ogoni people from the beginning stages to the end.

Also they must select a contractor who will not be bias and who understand the UNEP requirements in full and the total needs of the Ogoni people. We must design a comprehensive plan and program that will include: oil spill cleanup, infrastructure building, installation of potable water piping, economic development, healthcare, education, etc.

Rather than address these fundamental needs, the government has been desperate to award contracts ahead of the 2019 elections. It is unfortunate that the selection of contractors has been more like political patronages, a situation where some of those selected as contractors do not even know the road leading to Ogoni.

The conduct of HYPREP in the implementation of the cleanup process has completely alienated the people and focused on private and monetary benefits rather than Ogoni interests. For instance, over one billion Naira had been spent on communication, yet the local people do not know what HYPREP is doing in Ogoni. Wouldn't it have been better to invest such huge amount on water provision for the people?

It is regrettable that the government failed to heed the advice of MOSOP on the need for integrity and diligence in the implementation process.

The government/HYPREP thinks the Ogoni people do not have access to the UNEP report or are simply ignorant about their needs and what should be done about the UNEP recommendations.

MOSOP would recommend that the report should be implemented in a way that benefits the Ogoni people and not used for political patronage. The people must be involved with every stage including the rights to select contractors acceptable to them and in line with our local content laws. This will require robust engagement to come up with a

comprehensive plan on development and cleaning the pollution

The conflict yesterday though regrettable and condemnable was avoidable. But it is also a clear indication that the Ogoni people are dissatisfied with the government over the cleanup implementation and if the issues are not properly addressed by involving the people in every phase, their could be stronger resistance from the communities.