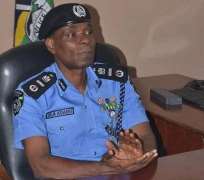 The new IGP appointed by President Muhammadu Buhari would take over from Mr Ibrahim Idris who will retire from the force tomorrow, January 15.

All attempt to lobby President Buhari to extend the tenure of the outgoing IGP failed.

The Nigerian Voice gathered that there was a serious pressure on President Buhari to allow Idris go on retirement instead of extension of his tenure.

Upon his return to Nigeria in 2009 from the International assignment, he was promoted to the rank of a Deputy Commissioner of Police and subsequently took charge of the Force Peace Keeping office. He is credited to sanitizing ad standardizing the peace keeping activities of the Nigerian Police.